What Leadership Traits Do You Admire? 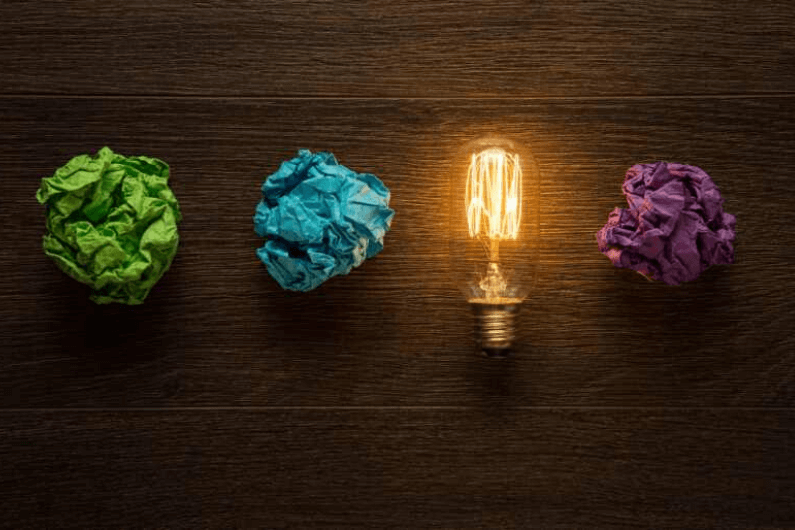 We asked our team to reflect on a leadership trait that they admire.

“I used to work for a leader who told me one day while I was still quite new that she couldn’t accompany me to a meeting but that if I went on my own I should know that I had her complete backing.  She basically explained that if I got something wrong she wouldn’t throw me under the bus, she’d help me to work the situation out but without blaming me or criticising me to the client. It made me instantly and infinitely more confident. And sure enough, I got things wrong over the years but I was less afraid to try because I knew she had my back.”

“It was the first manager and leader I had worked for in a full time role. I was just out of Uni and made the move from Melbourne to Tennant Creek in the Northern Territory. Full of energy, enthusiasm and a million different ideas I was keen to get stuck in straight away. Instead of my manager trying to curb my enthusiasm or direct me to her way of thinking, she managed to get me to focus on one task at a time, attempt it and then to reflect on it. In my haste I made many mistakes along the way. During our reflection chats, instead of chastising or being critical of me, my leader asked questions of what I learnt and what I could do better for next time. I found this to be a very sage and wise way to approach management as in the end it forced me to slow down, consult stakeholders and achieve the desired outcomes. This leadership quality and ability to coach employees along has always stuck with me as a critical piece of leadership.”

“The leadership trait I most admire is the ability to provide clarity. I once worked for a coach who narrowed down the things the coaching staff needed to focus on to let us concentrate on doing those well. Once we mastered those basics everything else was much easier to develop.”

Martine Harkin remembers her early days as a Facilitator:

“I’d been working for Leading Teams for about six months. I was still calling my mentor before each session to check in and ask questions about the plan I had prepared. One day, Gerard said to me, ‘Mart, we trust you. Back yourself with your plan, facilitate it well and give me a call on your way home after you’ve done it.’ He wasn’t dismissing me, he was giving me the push I needed. I really appreciated the fact that our relationship was strong enough to have that conversation.”

“Vulnerability. Our ability to make good from bad and develop our resilience has been shown to be linked to our ability to share and be vulnerable.”

Justin Peckett is looking for a leader who knows they are also part of a team:

“A leader’s ability to actually role model what they espouse both inspires and influences me greatly. For a leader to get into the trenches with the team when the sh*t hits the fan, shows that they are part of the team and don’t see themselves at a different level; for me this is about role modelling the behaviours they expect from others. I also think this shows how genuine they are and that they care about the people around them.”

Facilitator Clara McCormack appreciates someone who can put themselves in her shoes:

“The leadership trait I most admire is role modelling. I work with a leader that never expects anything of me that they don’t expect from themselves. I find this inspirational and motivating as you see the behaviours being modelled, and are therefore inspired to work hard and behave the same way they are.”

“Bec was a courageous decision maker. I saw this in her 10 year vision that stretched all involved. I saw it in her proactivity to own poor decisions. I saw it when she’d hand over tasks, when she might have been better. I saw it in her decisions that put people before progress.”

“I worked for a leader years ago who used to pick me up and we would drive to work together, sometimes for a hour or so. We would just talk; he’d listen, ask questions and share his perspective which was always honest. Honest about his business challenges, his successes and his key learnings. Because he was humble he was comfortable sharing his mistakes and life experiences. To this day I still enjoy and value his continual leadership and friendship.”

“One of my first jobs was as an admin assistant for a landscape construction business. One of the things I admired in the leader of the business was her ability to treat everyone fairly and without bias. It didn’t matter whether you were a site foreman, a landscape architect or me as the part time admin assistant, everyone got the same level of respect, management, and training. She made a real effort to make sure everyone felt they were a valued member of the team and we were a strong team as a result.”

“My most admired leadership trait is trust, or empowerment, and allowing your people to grow with support and with no fear of making mistakes as long as they learn from them. This has been shown at Leading Teams from our directors. For as long as I have been involved with Leading Teams this has been the way the business has operated.”

“I had just started working for a company and my leader was a very positive, inspiring man. After three months’ probation, he called me into his office, along with another woman who started at the company the same time as I did, and offered us both a full time permanent position. After that he looked at me and said, ‘You can now pay the recruitment bill and I’d like you to double it as a way of thanking the recruitment company for finding us the right people’. Even now I remember that vividly, it was so motivating.”

We’d love to hear your favourite leadership trait. Tweet us at @LeadingTeams.