What is a High-Performing Team?

A high-performing team reaches its goal by fully utilising the expertise and skills of every team member.

That depends on what you are trying to achieve. Every team, and every member of a team, will have their own version of what being high-performing means, but in general the team will reach its goal in the most efficient manner by producing superior results.

Yes, when you look at the defining characteristics of a high-performing team they always have a clear goal (where they’re going) and purpose (clarity on why they exist). When you can set clear objectives for your team and communicate what role each of your team members plays in achieving this objective you set up a clear pathway to success. This ensures that you are achieving outcomes of all sizes with optimal efficiency.

The purpose of the banks is to return profits to shareholders, but imagine how different their culture and behaviours would be if they had the purpose of “helping their customers get rich”.

The high-performing team reaches its goal by fully utilising the expertise and skills of every team member by:

Creating a high-performing team requires the creation of a safe environment in which to operate. Members feel free to contribute and provide feedback to the team. Doesn’t that sound like harnessing the diversity of your team?

So how do you create a safe environment?

Start by having strong relationships.

This doesn’t mean everyone has to be best friends but knowing what makes someone tick and understanding how they look at the world will mean that you are less likely to make incorrect assumptions about their behaviours. It also means that you are better placed to support them or help them learn, because you can put yourself in their shoes.

Speaking of behaviours, a high-performing team has agreed behaviours or values. If everyone agrees with each other that the team will be “supportive”, then it’s much easier to reward supportive behaviour. At the same time, if someone in the group isn’t being supportive, it’s much easier for anyone to say, “we said we were going to be supportive and I felt you weren’t when you did XYZ”. This removes the personal attack and is much easier to deliver.

In a high-performing team every team member works not only for themselves, but also for the betterment of their team mates and the team itself. The sum is greater than the individual parts.

What is culture and how does it influence a team?

Within organisations and teams, culture is the major driving force behind outcomes.

There are two complimentary sides to how every team gets things done.

The processes and systems aren’t the culture. These are the mechanics of how a team works and they can impact the culture.

How you work together is culture. Simply, how do you behave as a group of people trying to achieve your goal. What is the way we do things around here?

First, you need to look at what behaviours you accept from members of the group? An easy example – is it ok be on your phone or laptop during meetings?

Are your teams’ behaviours productive or counterproductive?

Once you start thinking about the behaviours your team accepts you must think about why they are accepted? Which behaviours are rewarded? Who are you rewarding in your team? Not just through promotion and career progression, but whose projects get attention, how much time do you spend with each member? If the people getting rewarded are exhibiting poor behaviours, what do you think the other team members of your team are going to do?

Once your team has a healthy culture, where team members feel valued and are all exhibiting productive behaviours, imagine how they’ll drive the processes and systems that allow your team to go about its work.

Related articles
What Does a High Performing Team Look Like?

Rebuilding the Southport Sharks in Just One Season

Counterproductive Behaviour: Address It or Avoid It?
How we help teams
Performance Improvement Program 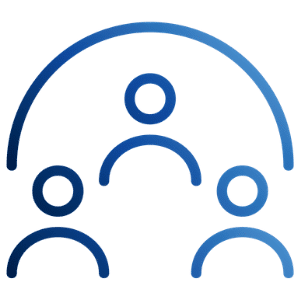 Our tailored programs focus on a whole-of-organisation approach, providing a framework that encourages improvement through empowerment. 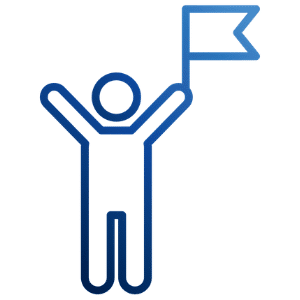 Our programs develop individuals who are looking to improve their leadership capacity, leveraging the skills of the course participants.