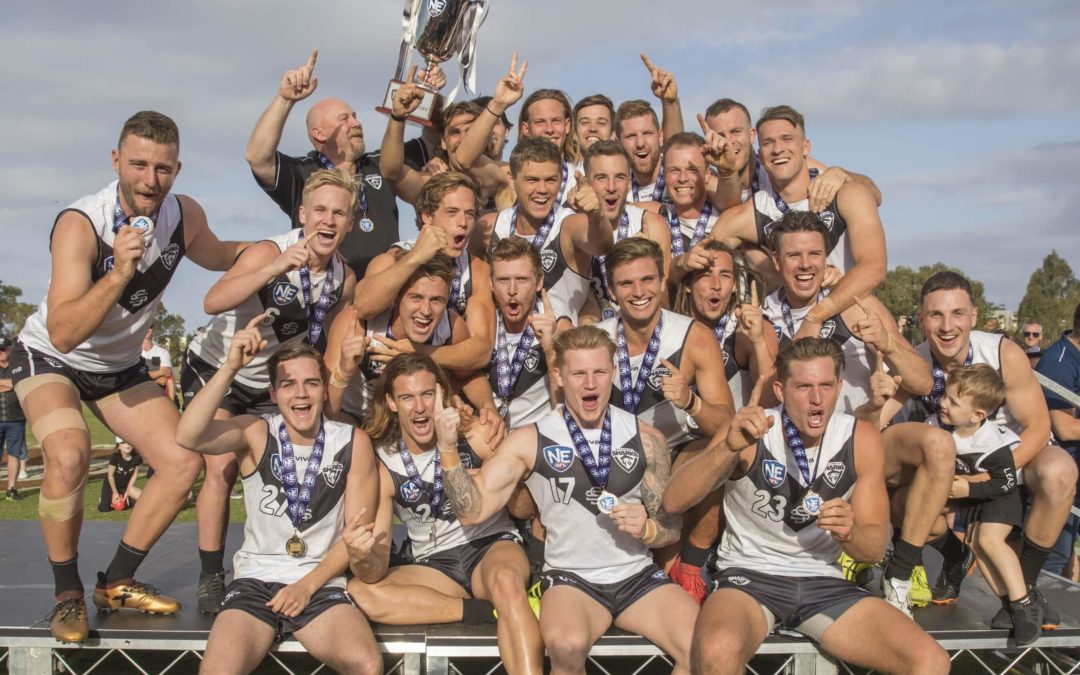 The Southport Sharks have been the most successful Australian rules football team in Queensland history. They had won 22 premierships in their 57-year history. However, their last was in 2008. So for such a successful club, this drop-in performance was significant culminating in only 4 wins last season. In September 2018 they broke that Premiership drought and won their 23rd. 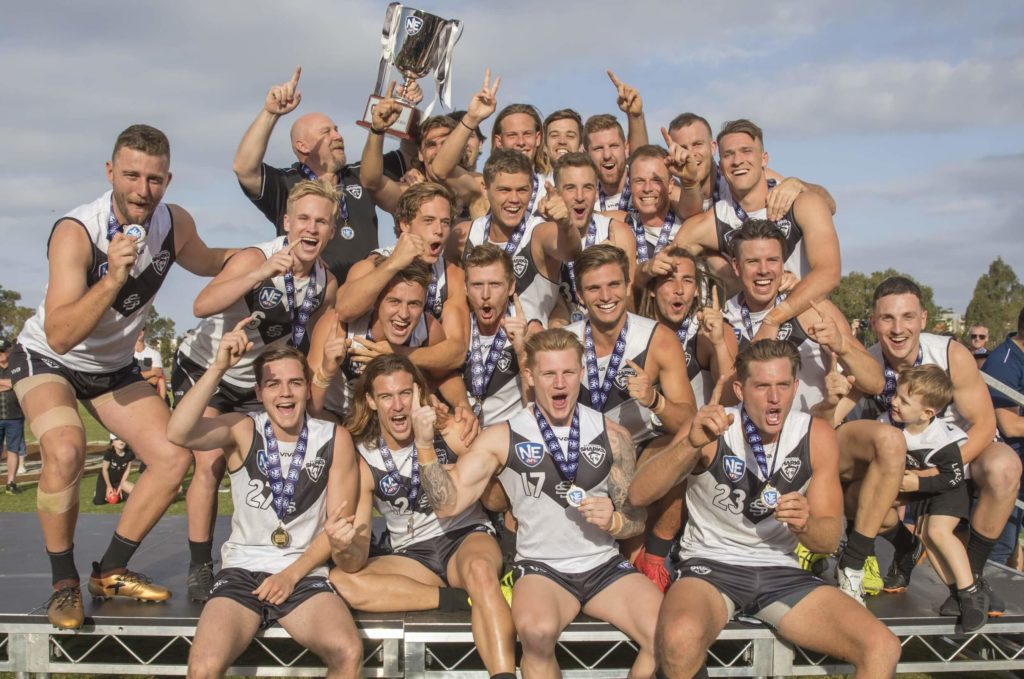 Going into the 2018 season there was a clear decision made by management that some things needed to change. A new coaching group led by Steve Daniel and the recruitment of 25 new players (with a key focus being on character) were significant changes to say the least.

I have known Steve for a long time and knew that he had a commitment to the Leading Teams Model, so we started working together.

We started in the pre-season and one of the first things, as always with our program, is to review where the team felt they were at – “How would the opposition/competition describe them?” Words like undisciplined, selfish, lazy, unaccountable, easy beats and inconsistent came up. The other one that came up which I found interesting was “unpredictable”. This was linked to the fact that they had so many new players and there was a lot of unknown about what lay ahead.

I then asked them, “In an ideal world, how would you like to be described?” The 4 words they decided on were ‘Family, Proud, Aggressive and Disciplined’, and this became their Trademark.

‘Family’ was something that resonated strongly because there were so many new players that had moved away from other places to join the team. They knew that they had to be there for one and other. This was something the coaches knew they would play a major role in as well.

Buy in and Emotional Connection

‘Proud’ was another interesting discussion as the players felt they had a real opportunity to create a legacy at the club and return it to the place that it rightly deserved. We got Ron Stewart, a stalwart of the club and now sits on the board as Secretary to share his feelings. Ron spoke really passionately about the club, but also how much it had hurt him in recent times when people were speaking poorly of the team. I believe this had a big impact on the playing group, knowing they were not only playing for each other but also the people who gave so much to the club for a long period of time. ‘Pride’ for the greater Southport ‘Family’.

This was obviously a long stretch, considering where they were coming from. But the Trademark is made to be an aspirational goal to stretch the team and the individuals within it. The group then committed to 6 behaviours that would drive the Trademark for them.

Due to the fact there was so many new members of the team and it being a large part of the coach’s philosophy as well as the Leading Teams Model, we had a large focus on the relationships within the group. Each night at training, 2-3 players would get a chance to share 2 minutes with the group about themselves. They could talk about anything other than football. This created a much deeper level of understanding for all people involved in the team and also helped to ensure the ability to show vulnerability within a safe environment. I read the book “Daring Greatly” by Brené Brown and she defines vulnerability as uncertainty, risk and emotional exposure. This sharing activity certainly provides an opportunity for this.

Strong relationships are critical in setting a foundation for the reviews and feedback that would follow during the season. Giving and receiving feedback is another time when we will feel vulnerable. But to know that we are having the conversations to ensure the continued improvement of individuals and team in a really trusting, caring environment we ensure that the “risk” is reduced.

The coaches really supported the players in driving the Trademark, and character over talent, was a major part of selection. “Who can we trust?” became something that I heard both leaders and coaches discussing when making decisions on selection.

Weekly game reviews on Monday nights involved the players using the Trademark as a guide to talk about team and individual performance. The rigor and conversations, particularly around their self-reflections of their individual ratings against the Trademark, was outstanding. All members of the team rated their performance, whether you played in the 22, played in the affiliate state league competition or if you were doing rehab, you rated your week of training. This sent a clear message that it isn’t just what you do on gameday that is important. The Trademark is not something that you turn on and off when you play a game for the Sharks it is something that you represent at all times.

A highlight of the season for me was sitting in the review leading into the finals. One of the players who had played for his state league club on the weekend, had done his rating straight after the game. He shared with the group that upon greater reflection, he thought that he needed to change his rating to unacceptable. This was a player who was potentially striving to force his way into a team going into finals after finishing on top of the ladder. This is the definition of vulnerable for me. He did not need to highlight himself and could have quite easily slipped under the radar. But through the culture that had been created by the team, he knew he had to be honest and he was accountable to the person next to him, so he put his hand up and took responsibility.

Leading Teams’ role is to facilitate our model and support with accountability through reviews, but it is up to the players and coaches to buy in and drive the performance and culture of the team. Having ownership and clarity of the team and culture they wanted (dynamics) along with a strong game plan and skill development (mechanics) allowed them to finish on top of the ladder for the 2018 season. A continued focus on the process that had got them to that point rather than the outcome, ensured they won both their finals convincingly, the second of course being the Grand Final.

Only having 3 players in the ‘NEAFL Team of the Year’ out of a team that finished on top of the ladder was disappointing for some people, but from my perspective, I saw it as a great reflection of the team they had become. Not reliant on a few, but a strong ‘Family’ that was ‘Aggressive’, ‘Disciplined’ and no doubt after the final siren, were extremely ‘Proud’ of what they were able to achieve for themselves and everyone involved in the club. Now they have an opportunity to keep living their Trademark and truly create the legacy they desire.