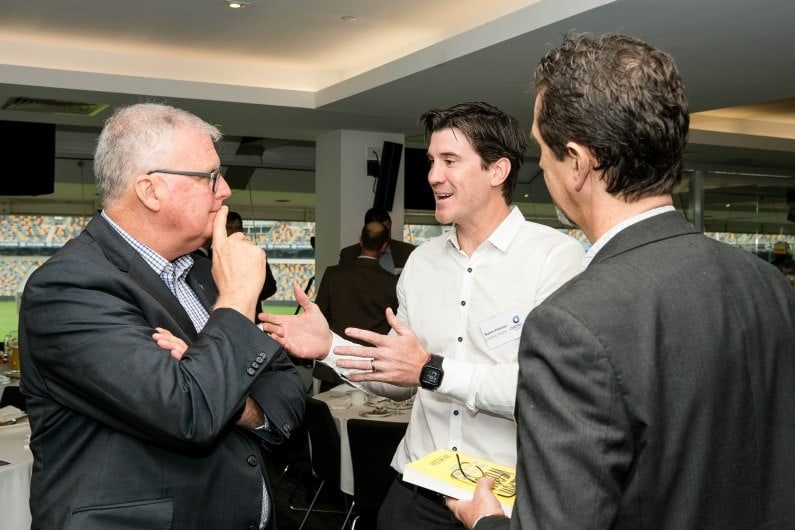 One of the questions that is most often asked of leaders is, “What is your leadership style?”

During the mid-1970s, while working on Management of Organisational Behaviour, Paul Hersey and Ken Blanchard first introduced their concept of the ‘Life Cycle Theory of Leadership’, which later became the ‘Situational Leadership Model’.

Underpinning the Situational Leadership Model is the assertion that there is no single best style of leadership. The best leaders are able to adjust their style dependent on the task at hand and the readiness of the follower. 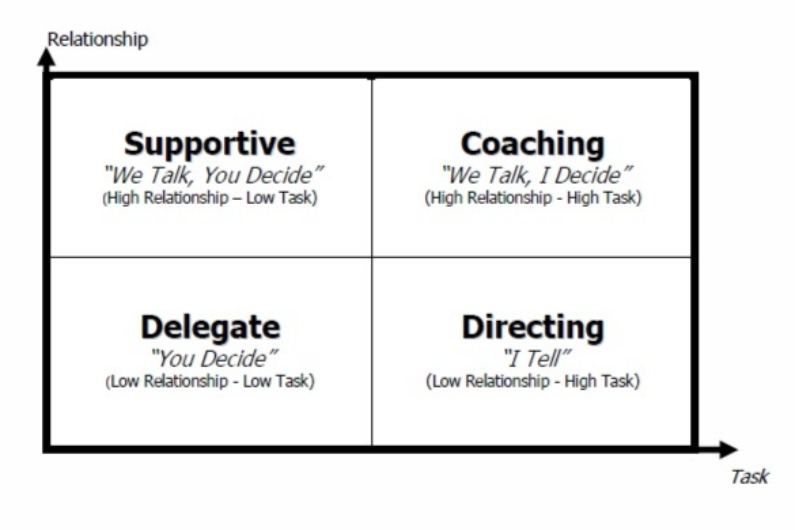 This style of leadership is best used when you have a follower that is new to a team, role or task. These people either lack knowledge, confidence or understanding. There is a high level of urgency in the task so there is no focus on relationship. It just needs to get done and you will tell them how to do it.

Coaching – “We Talk, I Decide”

Your follower now has some experience in their role or the team. As a leader you can start to engage the person to get their views and thoughts on the way things can be done. This will lead to building a better relationship and understanding of how the person thinks. Ultimately the leader will still make the decision. This style of leadership is used when the urgency or importance of the task is still high as the leader still plays a significant role.

Supportive – “We Talk, You Decide”

Again, a high level of relationship in this leadership style but a low level of task. You again will spend time discussing possible solutions to the task, but the role of the leader is just to support the individual. The follower is now competent and has a level of confidence that will ultimately allow them to make the decision on how to achieve the desired outcome (but they may need to bounce some ideas off the leader first to cement their belief).

An opportunity here for the leader is to ask questions rather than give answers, allowing the follower to gain confidence through learning and discovery. This is another key step in building trust on both sides of the relationship.

The final step is to have absolute trust and confidence in the follower and allow them to decide what needs to happen to get the job done. They have all the knowledge and training required, they feel safe enough to be able to make the decisions needed, and they have the willingness or confidence to do things as they see fit without having to come and ask.

Delegation or empowerment can be very uncomfortable for some.

The key thing to remember with delegation is that the leader still needs to set the goal or task. It is not a free-for-all with people doing whatever they like. The delegation part is just how the task gets done.

It can be really hard to let go, especially if someone doesn’t do things the way you would do them. But isn’t the task being completed or the goal being achieved the most important thing? It might not be done exactly the way you would have done it but who knows, it might even be done better!

Invest time now for a pay-off in the future

A lot of leaders are time-poor and this is one of the greatest challenges in being a situational leader. It takes time and effort to get your people to a stage where you can confidently delegate to them, but there are so many benefits along the way. You can build strong, trusting relationships with your people; you could potentially identify a set of skills you otherwise may not have found; you will develop a culture where people feel safe to share ideas that potentially improve the team or business; and you’ll have a team of people that know their leader invests in them.

Ultimately, it also means the leader will have more time. If you have a team that you fully trust and they have clarity on what they are out to achieve, then you can spend time on the bigger picture, knowing that the performance of the team will not suffer.

The Situational Leadership Model isn’t only limited to the ‘mechanics’, or task, side of your business. It works equally as well on the ‘dynamics’, or culture, within your team.

The greatest test of a leaders is the behaviour of their followers, and the best test of this is when the leader is away from the team. An empowered team will function at the same level whether you are there or not.

If you ever get asked, ‘What style of leader are you?’, the best response you can give is, ‘It depends what the situation requires and what the people I am leading need.’