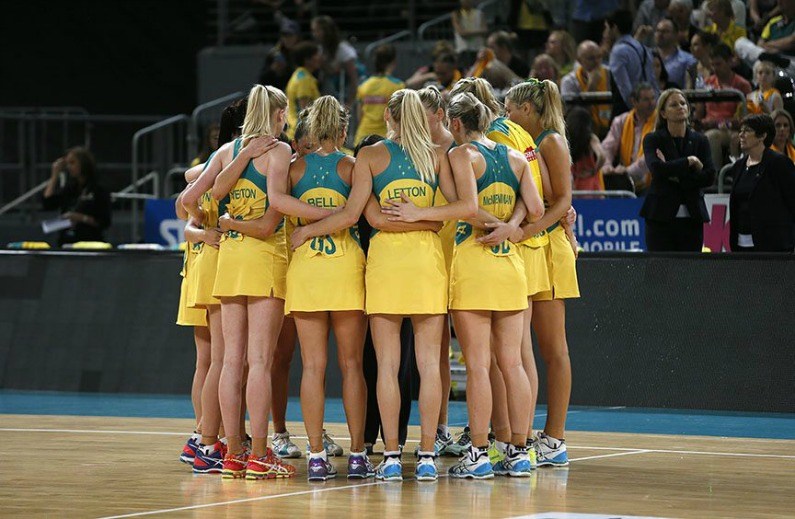 I have just arrived back from the Gold Coast having been to see the Australian Diamonds play in their Commonwealth Games semi-final and gold medal games.

The semi-final was a resounding victory over our old foe – New Zealand. The gold medal game was against a much-improved English side. The Diamonds entered the gold medal game as the hot favourites, however, I knew our team would not have let that factor enter their psyche.

As most of you now know, the game was a hard-fought physical clash that went down to the last second. England prevailed by one goal.

I was in the grand stand and as the aftermath and medal presentations unfolded, I most felt a real sense of disappointment for our Diamonds. They had certainly been the ‘form’ team leading in. But as the time passed it became an amazing sense of pride for how our team was handing the disappointment of losing.

They were unbelievably gracious in defeat. Quick to circle up with their opposition and thank them and the umpires and then into their own circle to gather their thoughts.

There was no ‘carry-on’ or overly-emotional responses.  They modelled a humility and graciousness in loss that any defeated team would do well to emulate.

I met up with the team later on and the disappointment was obvious. But as one player remarked to me, “I suppose there are a lot of competitors who won’t actually get a Commonwealth Games silver medal at all.”

Does a silver medal mean they’re not a high performing team? No. Part of being high performing is managing the disappointment of defeat, and the Diamonds have managed it amazingly. Another part is thorough review, whether you win or lose, and I know the following morning saw a rigorous review of the final and some powerful lessons taken away for next time.

I am most fortunate, and grateful, for the privilege of working with this incredible team.

I’ve interviewed over 1000 people. This was the interview that stood out to me.
Why Even Rock Bands Need To Be On The Same Page