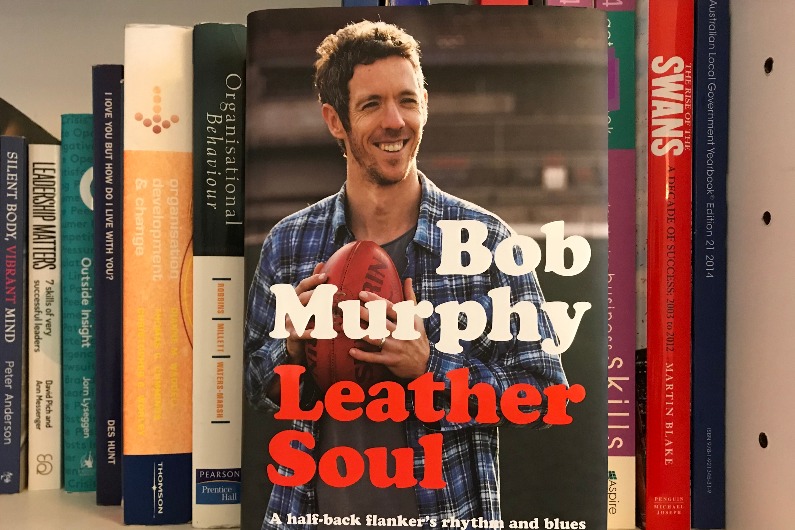 In one section of Bob Murphy’s new book, Leather Soul, he explores the role of Leading Teams in creating an environment where open and honest reviews are a link to team and individual success. Bob makes reference to vulnerability – an unfamiliar concept in footy – and what he saw as the untapped potential it could unleash.

“My experience of the program was that it was an education in showing vulnerability as much as anything. For those three years, all of our other sessions at the club (as full-­time footballers) were about putting the armour on (weights, boxing, skills, rehab). Those CRU [Western Bulldogs trademark: Consistent, Ruthless, United] meetings were about taking all that heavy steel off. Wayne [Campbell] was right – there was enormous power in laying it all out there.”

As I read this section I was reminded of the many players and coaches who have written books which have reinforced this view. This includes Mark Ricciuto, Simon Goodwin, Robert Harvey, Nathan Buckley, Tom Harley, Brett Kirk, Matthew Scarlett, Paul Roos, Stan Alves and Luke Hodge.

A team (and their leader’s) capacity to create an environment where feedback is considered the fuel for growth links directly to high performance. These authors, at some time in their life, have received some feedback which challenged them. The important thing was how they responded.

If you look at the list, they are resilient and action-based people who have had an amazing influence on others in football, but more importantly in life. I’m proud to say that we’ve been able to help them on their journeys.

Read more by Ray McLean on our blog.