The Power of Self Talk 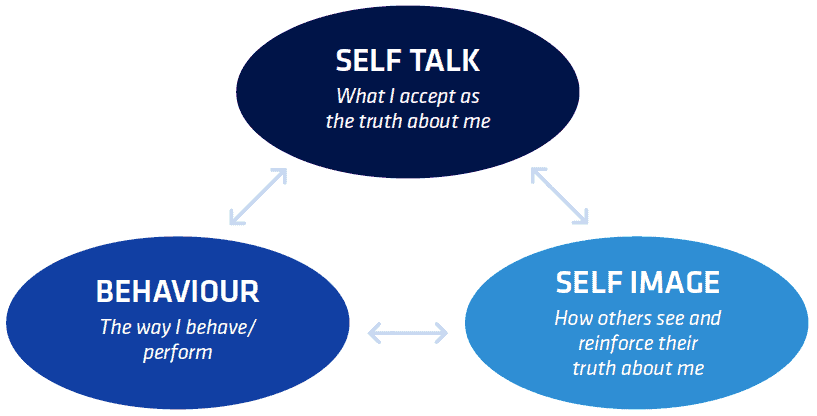 Have you ever had that nagging voice in the back of your head telling you that you can’t do something?

I’ve had my very own personal battle with this for the past 30 years. Since I can remember I have been a nail biter, much to the disappointment of my parents and then the disgust of my wife.

It was something that I was deeply self-conscious about. When catching up with people I would find creative ways of hiding my fingers from sight, due to the shame I felt. Maybe you have noticed this about me, maybe you haven’t.

Throughout my life I had tried everything to stop, from nail polish, to hypnotherapy, to even wearing band aids on each finger. In the end I tried pure willpower and cold turkey. However, success would only last days, and each lapse reinforced my own belief that I was destined to be a nail biter for life.

Then came the turning point. At the end of last year Max, our three-year-old son started putting his fingers to his mouth. Michelle my wife, was convinced that he was copying me and it’s fair to say she was not excited about the prospect of two nail biters in the family. Nor did I want Max to have the same feelings of shame or self-consciousness as I did.

I decided that I wanted to make a change, but knew I would need help, so I decided to engage the support of a psychologist.

With the support of my psychologist, we concluded that I was making this change for not only myself, but for my family. We identified the times, situations, and feelings associated when I bit my nails and developed strategies for each situation.

As I became more aware of my behaviour, I engaged the strategies and gradually started to stop biting my nails. Over time this built my confidence and belief that I might actually kick this habit.

As I stand here today, I can confidently say that I am no longer a nail biter. I am resolute in that belief. I’ve even had the novel experience of cutting my nails with clippers!

At Leading Teams, we use a model called the self-talk model, a simple yet immensely powerful model. It illustrates how our own internal beliefs influence our behaviour, which in turn impacts how others perceive us. And, what we fuel our subconscious with becomes our reality.

Personally, I am now consciously aware of my internal dialogue. I also know that I have the power to shape and change my self-talk to achieve what may seem like the impossible.

I’m curious to know, do you have any examples of productive or counter-productive self-talk?

Investing in People and Culture
A Time For Genuine Conversations

Gavin joined Leading Teams in November 2017, coming from an international career in the sport and corporate worlds. He is a Facilitator based in Melbourne.