Qualities I Admire in a Leader

It got me thinking and reflecting on the leaders I’ve encountered over my working and sporting career.

Two strong and effective leaders came straight to mind – one in work and one in sport. I started to reflect more deeply on what made these two people stand out to me as inspirational leaders and which particular qualities I respected and responded to.

These were my thoughts.

They built relationships and showed a level of vulnerability.

Both leaders took an interest in me as a person. They got to know my background, asked questions and listened attentively but, more importantly, they let me get to know them too and weren’t afraid to show their vulnerability.

This was imperative in building a strong professional relationship and a level of mutual trust. When leaders demonstrate an interest in people and their work it helps to develop mutual commitment to the job.

This was particularly evident in my work leader who made regular effort to take time away from her office to sit with the team and talk. She would take time out from her busy day to lunch with us and at times invited us to events outside of work. 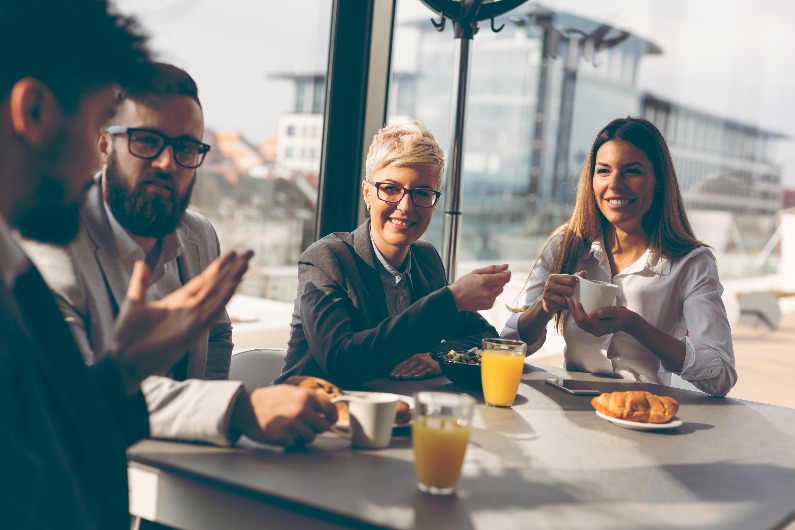 She understood and respected my work history and what I could provide the team. She modelled and challenged the behaviours she expected from the team.

My sporting leader also clearly valued strong relationships. As a 20-year-old I moved interstate to play in her netball team. The support she provided during this transition was a huge factor in building mutual trust and respect. She got to know my family from the beginning, she helped me to find work and a place to live and 20 years later she still shows an interest in what I’m doing.

Both leaders made themselves available and prioritised developing a relationship with me.

They had my back.

Due to the trust that was built early in our professional relationships I always felt as though both leaders ‘had my back’.

They created this feeling by actively listening to mine and the team’s ideas and opinions, allowing our confidence to develop and creating a sense of openness across the whole team. This resulted in very collaborative teams that got work done efficiently in a safe environment.

Interesting research has been done by Google over a two-year period on “What makes a Google team effective”. Through this research they learnt that there were five key dynamics that set successful teams apart from other teams at Google. Coming in at number 1 was ‘Psychological Safety: can we take risks on this team without feeling insecure or embarrassed’.

This was certainly clear with my work leader; her willingness to allow us to take risks and find different ways of doing things built my confidence to back myself, knowing I had her support.

Giving and receiving feedback is something I’ve always valued.

Coming up through state and Australian netball teams you very quickly got accustomed to receiving feedback (in all forms!). Verbal feedback was given consistently (whether you were playing well or badly) but there’s no easier way to tell you’re not hitting the mark than being taken off the court or not featuring in the starting line up.

There was one feedback session I will always remember with my sport leader. This particular training session I was the hot topic, I was the focus for the entire session, I was drilled over and over again and at times got extremely frustrated as to why it was all about me. At the height of my frustration I realised that she wouldn’t be giving me this feedback and attention if she didn’t care about me and didn’t want me to improve. This was a huge turning point for me in the way I reacted and responded to feedback and how much I started to crave it. I knew full well it was going to make me a better player and we would ultimately be a better team.

Both were extremely good at their jobs and were very smart.

They gained my trust almost instantly due to their competence. They were not only my leader but also a mentor who I highly respected and learnt a lot from. They led by example, they worked hard but had good life balance and they communicated, with the team’s input of course, our goals, plans and strategic direction clearly and with conviction.

At Leading Teams we use the Character and Competence Model to explain the elements of trust. In order to gain your team’s trust you need a balance of both good character and the ability to do your job well – competence. I trusted my leaders because they were both strong in a behavioural / character sense, as well as being able to execute under pressure – they knew their stuff.

They made consistent and effective decisions.

Trust and respect are created when your leader makes consistently good and effective decisions.

Great leaders understand how to balance emotion with reason and make decisions that positively impact the team. Whilst working with my work leader I became aware and in awe of her ability to make consistently effective decisions, with input from the team but ultimately taking responsibility. We were going through a particularly stressful period with a large tender application and huge funding at stake, at times she discussed and consulted with us, on other occasions decisions were needed to be made without our input, either way we trusted the right decision was being made.

During my time with my sport leader we won a national league grand final, so clearly great decisions were made leading up to and during that season. She also worked very closely with our leadership group and empowered them to make decisions on behalf of the playing group. Like my work leader, she knew what leadership style to use and when. Leading Teams explores this further with our Situational Leadership Model as explained in this article by my colleague Simon Fletcher.

Many people are aware of these traits – they’re certainly hot topics in many leadership articles – and many of us have them in some quantity.  However, the important thing is to prioritise them every day. To be a strong leader you must recognise that this isn’t in addition to your job, this is your job.