Checking In With Your Team 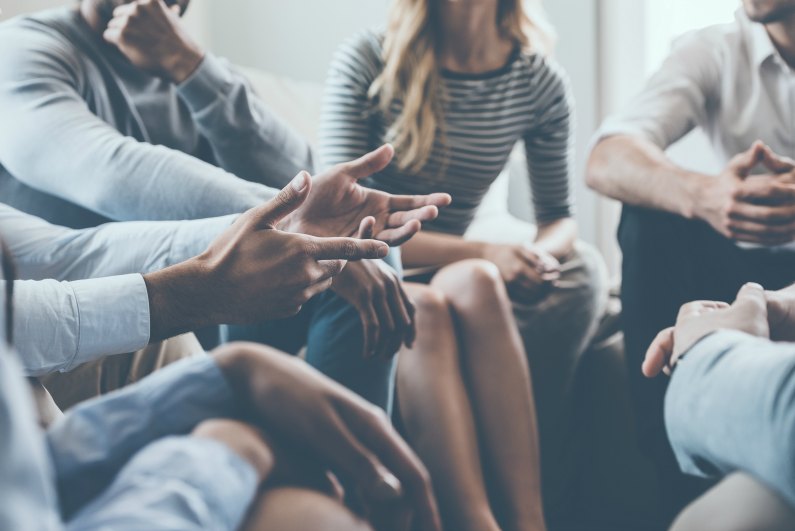 It was an innocent enough request. One that I use whenever we are starting a session on team work or working with a group on leadership development.

I started with a person in the team who I knew was comfortable in sharing, and that I felt would give a genuine answer and perhaps go into some detail as to why they felt the way they did.  We then proceeded around the team with each sharing their score out of ten for work and home.

When we got to the fifth person he hesitated and said, “I was going to give a standard answer, but after hearing what others have disclosed I feel I can’t keep this from you any longer – five months ago, I was diagnosed with Parkinson’s disease.  For those of you who don’t know it is a progressive neurological disorder and its effects are specific to each individual and the way it will affect my life is unclear.”

The room fell completely silent.  Most of his colleagues didn’t know how to respond.  Eventually people started to talk and reassure the person that they were delighted that their colleague had shared the issue and were only sad that he hadn’t felt able to raise it earlier.   At a break in the session the person’s boss confided in me that he was somewhat distraught that the person hadn’t communicated the problem five months earlier, as he had noted a deterioration in the person’s work performance but hadn’t felt able to raise the reasons behind it.

Needless to say, the rest of the session around teamwork and trust within the team progressed extremely well.

In another session with a larger group who knew each other reasonably well, I did a check in a slightly different way.  I asked people to give an example of something that had either delighted them, disappointed them, or they had found difficult.

Again, we had not gone far into the group of 20 when one of the team members said that three days ago, his house had burnt down and that he had lost everything. All his family were safe, but they had lost all their belongings and all their personal memorabilia. He then broke down and burst into tears.

As with the previous example, the very positive thing for both the person concerned and the group, was that everybody rallied around the distressed participant and offered every comfort and support going forward.

In my work as a facilitator at Leading Teams I work with groups all the time, however often I won’t see a group for some months.  For me, checking in is vital, as the examples above clearly illustrate, however frequently I am shocked at how a simple question and its response is a surprise to team members and their work colleagues. Invariably, the answers to questions about home have a profound effect on people’s work performance.

What’s the best way to check in?

I use several methods for check in.

One might be a simple question of what’s changed since we last met.  Or it could be scores out of 10 for both home and work.  Or the three Ds:  delighted, disappointed, difficult. Maybe the three Cs: celebrate, challenge, concerned.

I vary the method based on which one I think is going to elicit the best responses from participants.

A key factor in how open and willing participants are to share their feelings or other issues in their life is the preparedness of one or two individuals in the group to have enough courage to share deeply first.  Leaders need to set the example.

So how often should you do the check in?  I don’t think there is a clear answer to this. Too often and it becomes a ritual with no meaning. Too rarely and the team miss out on the benefit of being kept informed.

Whenever it’s done the leader and the participants must be prepared to be genuine and authentic and, above, all follow up with any of the consequences. For us at Leading Teams it’s another way that we build relationships, and reinforces the importance of strong relationships in high performing teams.

How often does your team check in?