Leading Teams has been implementing the Performance Improvement Program with the Melbourne Football Club for the last two seasons. Facilitator, delivered some leadership and team development sessions on their recent pre-season camp in Maroochydore. The focus of these sessions was developing clear standards and behaviours for the players, so that everyone is aware of what is expected of them.

“There are some expectations of the playing group and of each other. The coaches are involved and they add what they want to see from a Melbourne player”, said Plunkett. “It’s about leaving [the pre-season camp] with a really clear understanding and blueprint in terms of where we want to take the culture and the team’s behaviours.”

In an interview with AFL.com.au, Melbourne player, Bernie Vince discussed the importance of leadership being developed at the club. 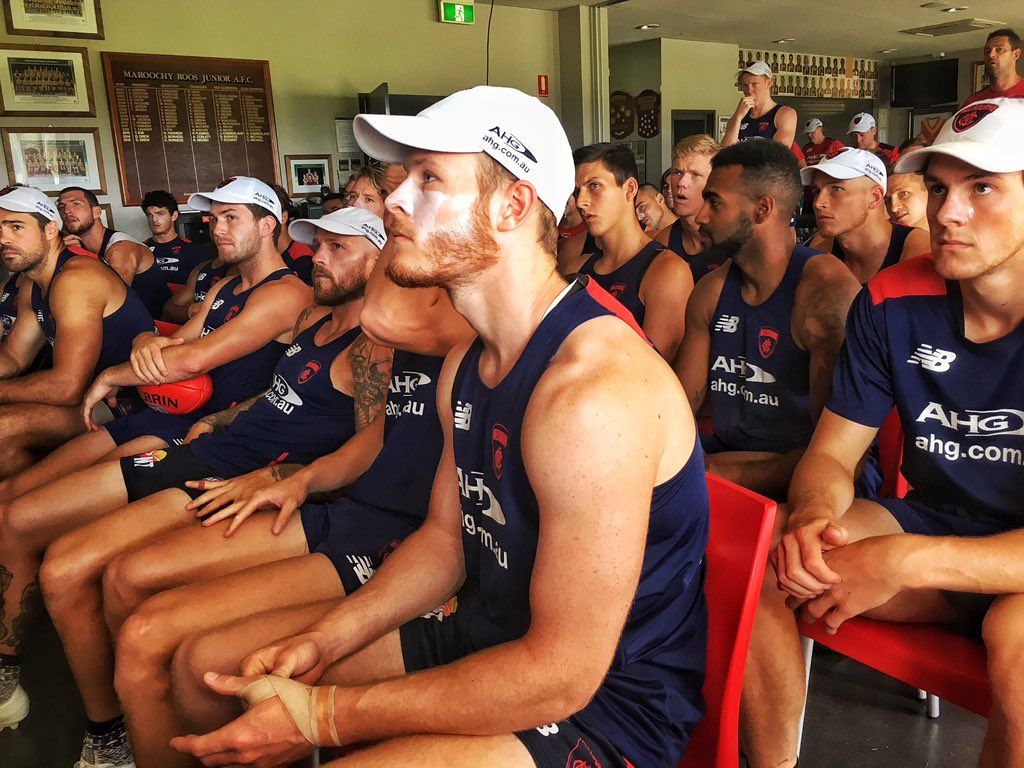 Melbourne’s Senior Coach, Paul Roos has been a long-term advocate of the Leading Teams program, having introduced it to the Sydney Swans in 2002 (where the program is now continuing into its 14th season). Commenting on SEN, Roos said, “I’m spending a lot more time on culture and behaviours this season.”

Plunkett will continue to deliver regular sessions at the club throughout the season to review behaviours and performance.