How long does it take to build a strong relationship? 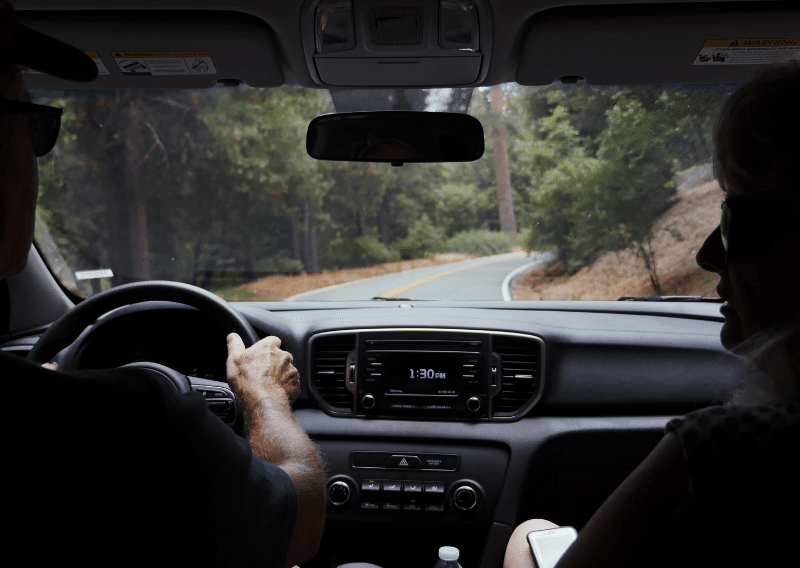 It was a Friday evening and my 5pm flight, from Melbourne returning home to Sydney, was cancelled and I was hoping that I would be bumped to a later flight that night. I had been back and forth to the Airline desk when at around 9pm I finally got my new boarding pass. It was for the next day and via Canberra. It meant that I would not get home till 7pm the next day! I needed to get home earlier as my daughter was leaving for a week away and I wanted to see her before she left.

I decided to walk over to the Car Rentals and I was lucky to get the last car available. As I was handed the keys I noticed a couple behind me in some distress. I said G’day then asked them where they were going. They replied, “Sydney – but we can’t get there!”.
“Jump in” I said.

I explained that my plan was to drive to Albury, grab some sleep in a motel, then get up early around 6am and finish the trip. Was that ok? Thankfully they had the same plan.

Obviously it was a bit awkward at first but once we got going the conversation flowed. I phoned my wife & daughter and some work colleagues on the way, via speaker, so Arthur and Victoria were privy to all those conversations. My daughter, unaware she was on speaker, said “Who are these ‘Randoms’ you’re driving with?” I apologised for the term she had used but they were ok and had a laugh.

I understand it was quite an artificial situation to be locked in a car for 9 hours, but it was interesting the level of sharing that occurred during the trip. By the time we got to Sydney I knew about all their kids & grandkids, where they had lived throughout their life and the jobs and roles that they’d both had. The conversation went even as far as their neighbours, friends, extended family, work colleagues, right through to politics, travel, management style and even work culture that they and I had experienced.

I was interested in what Arthur and Victoria were doing in Melbourne in the first place. They were flying home from an event in Melbourne that they had organised. Arthur was a long-term former employee of a company called Pilkington Glass. They were a worldwide business started in the UK where the owner/founder invested in a trust which was to be used to aid and support to long term staff after the business had been sold. The trust was administered and organised by Arthur and Victoria and they took great pride in travelling around Australia and N.Z. putting on these gatherings where everyone was provided a night of drinks and food, all funded by the company trust. The company has since been sold off, but the trust and its commitment remain. Sounds like Legacy to me I said.

At end of the trip I had a real sense of what Arthur and Victoria valued and what they stood for as people. I reciprocated during the conversation and we had certainly built a solid level of trust and respect through our genuine conversations. When we parted ways, we traded business cards. I shook Arthur’s hand and hugged Victoria, richer for the experience. They even said next time I was passing through the Central Coast I was welcome to stay!
It was a reminder of how quick you can build relationships, develop understanding, trust, respect and empathy. At Leading Teams, building strong professional relationships is a key component in high performing teams. Some people work alongside fellow colleagues for years in an environment where they focus purely on the ‘mechanics of their job and don’t unlock the power of the ‘dynamics’ of their people. Imagine the improved performance your teams could achieve if you developed stronger relationships.

Kurt joined Leading Teams in October 2017, coming to us from a career playing and coaching in the NRL. Kurt is a Facilitator based in Sydney.