Why I keep coming back to Leading Teams

I restarted working with Leading Teams, for the 3rd time last year.

Prior to that, I first started with the company as a 21-year-old living in Melbourne. At the time, I was a secondary school teacher and playing for Melbourne Phoenix netball team. During that year, Netball Victoria sent an email to the club requesting sportswomen who’d like to facilitate at an organisation called Athlete Development Australia (later to become Leading Teams). Keen for a challenge, I replied to the email and it would turn out to be one of the best decisions I’ve made. 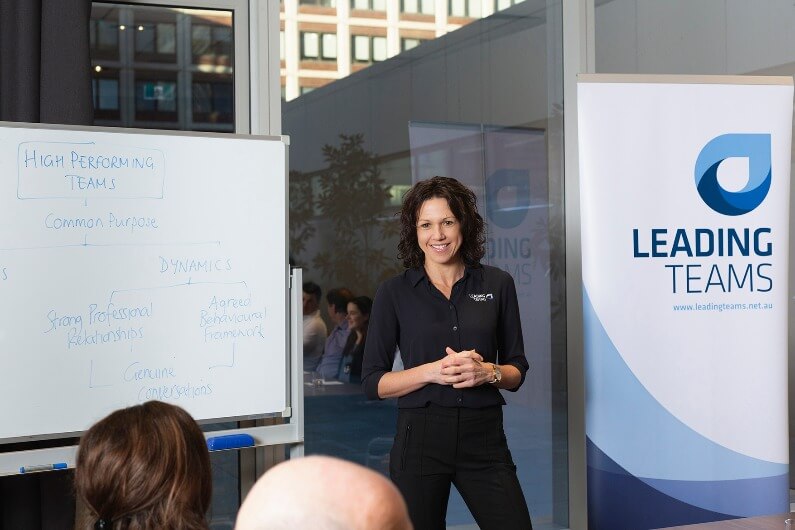 During my introductions to new clients, I talk about my background and mention it’s my third time working for Leading Teams over a 20 year period. I’ve recently reflected more on this journey to develop an understanding of why I left (twice) and what kept bringing me back…

The reason for leaving Leading Teams the first time was to travel overseas. I moved back to Adelaide after a few years living in Melbourne. I didn’t have a good year netball wise, had lost my passion and was exhausted. My 4 months of travel and a “break” turned into 4 years of living in London, teaching in a secondary school and enjoying some of the best years of my life! On returning to Melbourne, I thought this was a great opportunity to break out of the teaching industry and build on the work I had done previously with Leading Teams.

The following two years was a huge learning curve as it was the first time I was out of the structure of a school; office days were a whole new ball game. No bells to tell me to move to another classroom, to tell me when I could eat and go to the toilet! I was now in control of how to use my time, something that seems so easy, but was really hard. I learnt the difference between ‘educating’ and ‘facilitating’ and realised that facilitating was now my passion. Not being guided by a curriculum but focussing more on what the team needed, being flexible and building strong relationships with individuals and teams.

So why did I leave again you ask…?

I still had so much to learn as a facilitator. I was offered and then accepted a leadership role in a not-for-profit organisation that predominantly worked in schools. I went on to create and facilitate programs in schools for students, staff and leadership teams. I had the familiarity of my surroundings, however with a different hat on. I felt as though I had a lot to offer knowing very well the challenges schools faced and continued this work for the next 7 years. I went out on my own for 1 year and then joined a private company as a facilitator for the next 4 years.

Round 3 with Leading Teams – all my stars aligned! After 14 years of facilitation experience in a variety of industries and 7 years of teaching, it was the perfect timing and circumstances to return to a company I’d always had a strong connection with. I had done a full circle and now felt confident in my role as a facilitator at Leading Teams. I must admit, initially, it was a difficult decision… Why? Because I was comfortable where I was. I was good at what I was doing, it was easy, and I was in my comfort zone. A place I had never previously sat in for too long! I was a facilitator, but it had become very structured, PowerPoint focussed and once off training days. I missed the on-going connection and relationships we build with teams, the face-face interaction, being able to ‘read the play’ and go in the direction the teams require at the time.

What I love about my return to Leading Teams, is being part of a team. We meet as a whole team monthly, traveling into Melbourne from around the country so we can live our model and experience everything we facilitate with our teams. We have face-to-face, genuine conversations and we give each other feedback. I have recently received feedback from my team on the things I’m doing well and some areas for improvement. .One of the improvement areas was to offer more to the team, particularly during our monthly meetings. They value my input, so I need to back myself in to give more as I have plenty to offer. I’ve previously worked in teams where genuine conversations don’t happen and people don’t feel empowered to speak up. The lack of transparency and openness results in a negative culture with no trust and very quickly can become toxic. This has made me even more thankful and appreciative of the culture and relationships we have at Leading Teams.

The most enjoyable thing about being back with Leading Teams is having the opportunity to work with such a variety of industries. Over the past two decades, I have worked as a facilitator, played sport at an elite level, worked as a manager in a non-for-profit and a private company. Having personal experience in these four industries certainly gives me great insight, empathy and understanding when working with these specific teams. This year I’ve worked with a range of industries, including; Crows AFLW, Southern Cross Austereo, Red Appointments Recruiting, Seymour Girls College, CanTeen, Community Corrections, SANFL, Holco, Adelaide Brighton, SAPOL and many more. Seeing teams improve in all types of workplaces and sporting codes is extremely rewarding.

Lastly and of course most importantly, I’ve returned to Leading Teams because of the people. I’ve known 2 of our Directors Ray McLean and Kraig Grime for 20 years and have developed strong relationships with them. I have returned to a workplace that has great people and great facilitators who work as a high performing team. I am very happy to be back and don’t plan on going anywhere this time.