Why are Sydney and Hawthorn entering into yet another AFL finals campaign? 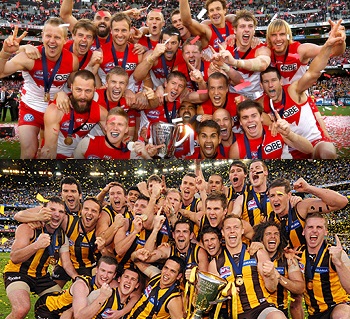 At various stages throughout the 2018 season, the Sydney Swans and Hawthorn Football Club’s were written off by the football public and media as a chance to make finals. The popular view was that they would need to go through some sort of ‘serious rebuilding’ process. In the AFL, this generally means you fall towards the bottom of the ladder, accumulate draft picks and then in 5 years, you magically arrive back up at the top again. This all fits neatly into the AFL’s equalisation strategy.

However, these two teams (plus Geelong) seem to buck the trend – Why?

Most importantly, these clubs appreciate the impact that culture can have on sustainable, high level performance. All clubs talk about culture, but in the end, it is the challenge of converting the talk to action which really counts.

When we strip it all back, the ingredients to achieve this culture are not complicated. The first step is to have strong and aligned leadership across the club. The strength of the alignment between these key leaders is directly proportional to the level of robust and open conversations they can have when times get tough. Culture is tested most under adversity, having the courage and discipline to see the journey through is the cornerstone of these clubs.

At Leading Teams, we have enjoyed long term relationships with both clubs (Sydney since 2003 and Hawthorn since 2004). We will watch with interest as these clubs enter into yet another finals campaign.

You can read more about our work with the Sydney Swans here.

To find out how you can create a sustainable, high performance culture in your team / workplace. Call our office on 03 9654 3744.