Why You Should Always Encourage Your Stars to Try New Things

Ask any business owner or leader and they’ll tell you; it’s hard work finding, training and retaining quality staff. So, what happens when one of these ‘stars’ comes to you saying they need a greater challenge and would like to move roles within the organisation?

The first reaction can be one of frustration. “But they’re so good at what they do, and now I have to find and train someone else up in the role.”

This very situation happened to us at Leading Teams a couple of years ago. Our head of marketing, Clara, approached the leaders of our organisation and expressed a strong passion for facilitating and a desire to move into this space. She asked if we would consider her for a facilitator role. Clara had limited facilitation experience, but after four years in the business she had a wealth of knowledge of our work.

As we weighed up Clara’s desire to facilitate, it prompted us to apply the Willing and Able model – one of the frameworks we use to facilitate conversation to help make decisions. 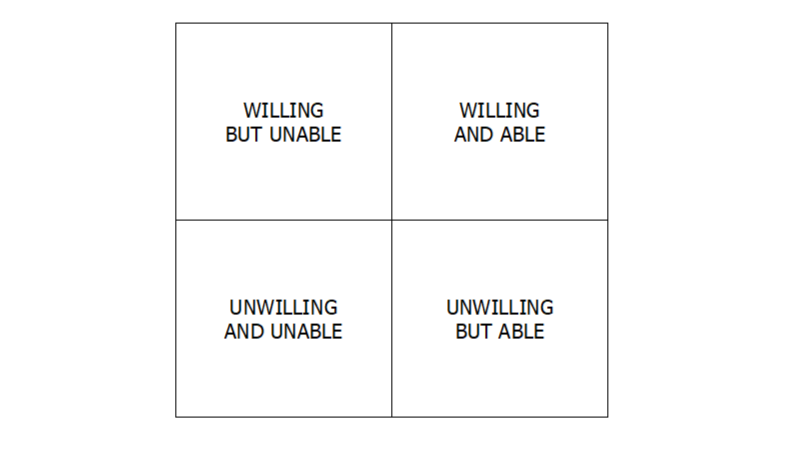 By willing we mean readily and consistently exhibiting the desired behaviours of the organisation. And able of course means capable of carrying out the tasks required to fulfil the role.

In her marketing role, Clara was most definitely willing and able. If we were to move her into a facilitator role she would move to willing but initially unable in a facilitation sense. Her attitude would not change, but her ability to carry out her new role initially would be limited. She would need training and it would take time. And yes, we would have to find a marketing replacement for her.

So, what to do? One option was to push back and remind Clara how good she was at her job and how important the role and her execution of it were to the organisation. Possibly even throw some more coin at her to keep her happy. And that might’ve worked…for a while. Our experience with clients in this situation though has suggested that it wouldn’t be long before Clara entered the unwilling but able category; that is, her level of engagement and desire to give discretionary effort would diminish relatively quickly. And/or she would simply leave us.

I’m pleased to say that wasn’t the path we took. With the words of Richard Branson ringing in my ears “recruit on attitude and train them up”, we jumped at the chance to give Clara a go. Like Branson, our belief is that a strong willingness will trump technical skill every time.

You don’t train attitudes, you have to hire them http://t.co/FveUbJ0Z1b

If you have to part, part on good terms

Of course, it’s not always this easy or convenient. Sometimes, even if we want to accommodate someone in Clara’s situation, we just don’t have the role for them and the transition isn’t doable.

Prior to arriving at Leading Teams, I myself was in a role that I had enjoyed immensely for three years but felt like I needed a fresh challenge. Unfortunately, I was informed that there was no opportunity and I would best serve the organisation in the role I was doing. And so, after much deliberation, I decided to move on.

Despite leaving, I still viewed this as a positive outcome. The important part for me was that, like Clara, I had felt comfortable and safe enough to ask the question because of the relationships I had with my leaders. Too often these words are only spoken at the exit interview or in a disgruntled parting email.

Encouraging staff to grow and better themselves will always lead you to having these challenges. But as the story goes, there once was a COO who said to his CEO, “what if we train these people up and they leave?”, to which his boss replied, “what if we don’t and they stay?”

Oh, and in case you’re wondering, Clara is smashing it as a facilitator, is now on our leadership team, and continues to be an invaluable member of our team. How many ‘Claras’ do you have, or have you had, in your business and what are you doing for them? 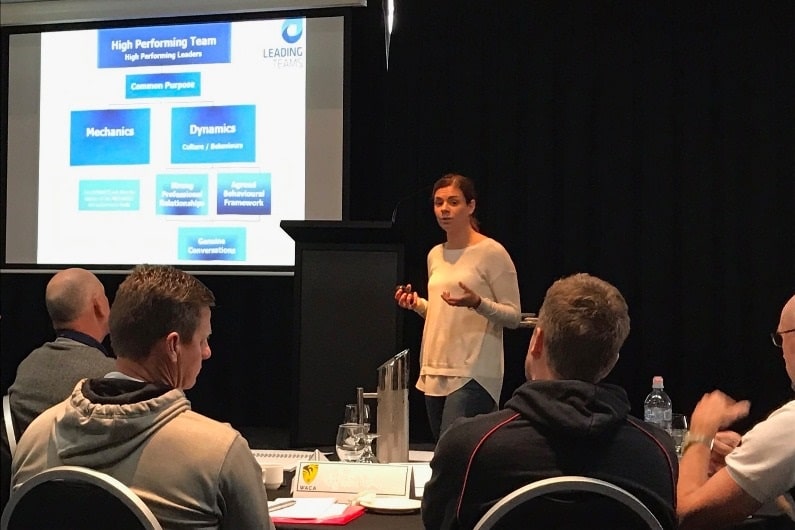 Clara in action as a facilitator