What is Resilience and How Can You Build it in Your Team? 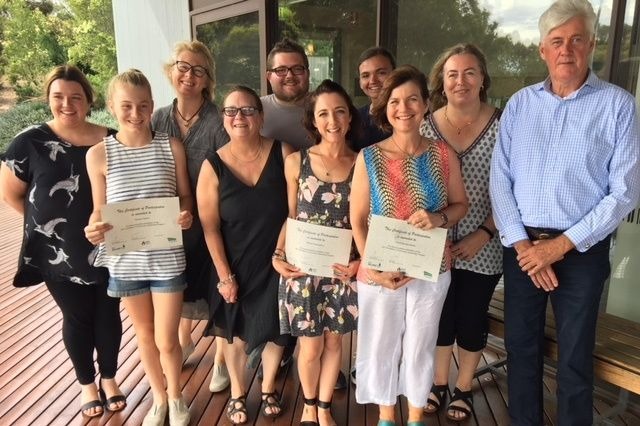 Resilience, in both teams and leaders, is a key ingredient in high performance, but what is it really, and how can you build it both as a leader and in your team?

To use a common definition – resilience is the ability to adapt and bounce back when things don’t go as planned. Resilient people don’t wallow or dwell on failures; they acknowledge the situation, learn from their mistakes, and then move forward. Sounds easy enough, doesn’t it?!

I read an article recently that pointed out that resilient people have personal control, and that they spend their time focusing on situations and events they have control over…good for them! I think it would be more useful to know how to build resilience when the sh*t hits the fan and you don’t seem to have control over anything.

However, I’ll come back to that later.

First, I want to tell you about a program that I facilitated in conjunction with Emergency Management Victoria and Moorabool Shire Council late last year.

I think it’s relevant to a conversation about resilience, because there are few things that will test people’s resilience like a bushfire.

Just a week before Christmas in 2015 a bushfire, started by a spark from farm machinery on a 40C+ day, tore through the Scotsburn community near Ballarat. The fire destroyed 12 homes and 4000 hectares of bushland and was dubbed the ‘other bushfire’ by the media because of the subsequent Wye River bushfire, which tore along the Great Ocean Road just a few days later and took our attention away from Scotsburn.

Thankfully no (human) lives were lost in the Scotsburn fire. However, if you think that when the fire crews have done their job and disappeared, that people just return to their properties, repair buildings and fences, and move on with their lives, then you’re probably fortunate enough not to have experienced a bushfire firsthand.

Whilst the natural environment can be quite quick to show signs of recovery, the impact on individuals, though potentially less visible, is often more telling. Bushfire, and the often random devastation it causes, has a way of affecting people that is significant and long lasting.

The Scotsburn Community Leadership Program brought together a diverse group of people from the Scotsburn Community. Martine the jewellery-maker, Steve the IT professional, Carol the nurse and marriage celebrant, Gene the support worker, Julia the teacher-librarian, Bianca the catchment management officer and photographer and Amy and Tam, two teenage students from Damascus College and Ballarat Grammar. Michelle and Cherie from Moorabool Shire also added both their expertise and their personal stories to the program.

Whilst the formal component of the program focused on leadership skills and the dynamics of high performance teams and leaders, the real program was about real people sharing real stories about their personal experiences.

That brings to me to what I believe is first component to building resilience – vulnerability.

For me, resilience is as much a feeling as it is a skill or a tool. To feel resilient we first have to accept that things or events have had an adverse impact on us, and that to confront these things in a productive way means we first need to acknowledge them, and then it can also help to share them. Personal control is a useful trait, however, the willingness to put yourself in a situation where you don’t have control (being vulnerable) can be equally, if not more important. As Carol pointed out, “Being vulnerable is a blessing, it creates a space for new growth and opportunity.’

The Scotsburn group were prepared to be vulnerable with each other from the first session, and that created an environment of trust within their group. For me this is the second component to building resilience – connectedness or strong relationships underpinned by trust and understanding. Experiencing adversity with others can help us do this, however, shared adversity isn’t necessarily a prerequisite to building strong relationships. Groups or teams that commit to prioritising establishing and maintaining strong relationships as a rule will outperform those who don’t. We see it again and again with the teams we work with.
As I said earlier, the real guts of this program were the stories that were told, and the way that each participant reviewed how the bushfire impacted on them in the first moment, and the moments that followed, and what leadership they showed under pressure. Where were they when the bushfire struck? How did they locate their loved ones? How did they react? Who did they help? Who helped them? How did they communicate? The group discussed these things openly.

The third component of building resilience in a group or team is – a commitment to review. What worked and what didn’t work? How did we act?, What can we learn from it? How can we do it better next time? This is equally applicable to a corporate team as it is to individuals in emergency situations. How often do you conduct real reviews with your team? Do you talk about the things that go wrong in your team, or do you just accept (or not accept) them and move on?

The Scotsburn program also had a project focus – The Fire Game – a board game to help teach school children (and their parents) what to do before, during and after a bushfire. The group set about reviewing the Fire game created by the Surf Coast Shire in southern Victoria, and adapting it to their local area. I am somewhat embarrassed to admit that at first I didn’t actually understand the real objective in doing this. Don’t get me wrong, I thought a board game would be a practical thing to do, but I missed the point of the exercise, at least initially. The conversations the group were having with each other about adapting the game for their community provided a vehicle for doing the three things I have outlined above; being vulnerable (sharing), connecting with each other, and reviewing their experiences. The outcome of the project, at least not in its entirety, was not the game itself.

Importantly, the Fire Game allowed the group to explore the fourth and final critical component of resilience – a focus on the future. Resilient teams and leaders have a positive image of the future. That is, they maintain a positive outlook, and envision brighter days ahead. The group utilised the game as an opportunity to review and to focus on the future, to look at how things could be done better, not as an opportunity to dwell on things that hadn’t gone as planned.

The four key components to building resilience in teams are:

Having personal control as a leader is an important trait, however, being vulnerable enough to share with your team-mates can be a more powerful leadership tool, and may allow you to build resilience not only in your team, but in yourself as well.

Thank you to Emergency Management Victoria and Moorabool Shire Council for the opportunity to see, and work with, such a great group of people. You taught me a lot.

To find out how we can help your team build resilience, get in touch today.

What Should You Consider When You’re Giving or Receiving Feedback?
Casualisation of the Workforce: a Soft Alternative to Performance Management?