Leading Teams facilitator Darren Harris worked with various teams at Guildford Grammar School from 2012 to 2016. In 2015, the senior football team won a premiership for the first time in 57 years and attributed the win to the culture they had created over the last few years. We spoke to Geoff Valentine, Director of Football, about how the program has worked. 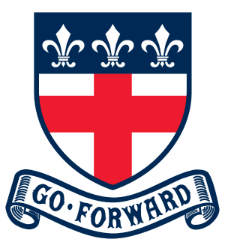 What issues were you noticing in your team that needed addressing?

We hadn’t won the competition since 1958! Our performances were being compromised by a lack of belief and by not having a clear picture of what we actually stood for.

I’ve known Darren for a long time and know the values he holds dear and the personal qualities he possesses. Leading Teams’ record speaks for itself. That said, it was the school’s Headmaster, Mr Stephen Webber, who signed Leading Teams to help facilitate the broader cultural change that he was driving.

What is the impact of working with Leading Teams?

Significant, positive and sustained. Although there’s an immediate impact with Leading Teams, it’s over the length of the journey that the true change becomes ingrained. Darren has been with us for 3 years now and in that time, our culture has improved enormously. Our leaders lead now.

What areas in your business use Leading Teams?

Leading Teams is engaged with all facets of the school’s operation, not just the sports teams. Darren works with academic faculties, the Strategic Leadership Team and the School Prefect body.

What is different about Leading Teams?

Leading Teams understand the significance of the relationship and work hard to grow and nurture that.

What is the single biggest improvement you have seen in your organisation?

Individuals taking responsibility for performance and driving the behavioural standards.

What have you found out about yourself throughout this program?

That I previously understated the importance of reflection. Having Darren available to bounce ideas around and unpack events with meant that I was able to develop a deeper sense of meaning. This transferred into my coaching practice – the understanding that the players needed to make meaning of the experiences themselves – with good effect.

In a word or sentence, describe your experience with Leading Teams?

What would have been the impact had you not addressed the issues with your team?

We would have bumbled along and finished 2nd or 3rd this season.