Planning for the Future: A Leading Teams Guide to Growth and Succession

In 2005, my two business partners and I attended a course for company directors which promised to provide information and advice around strategic planning and governance for our business.

The business at that stage was called Athlete Development Australia (ADA) but in time would become Leading Teams. ADA had a focus on training elite athletes to facilitate leadership, goal setting and team development programs in schools, community groups and the justice system.

ADA morphed into Leading Teams when we decided to focus our effort on developing high performing teams and leaders. Our new entity would have a strong focus on the corporate sector whilst maintaining a strong presence in elite sport.

The significant part of the workshop however, was not about the shift in direction of our business, it was more to do with a question the convenor posed straight up: ‘What are you going to do with your business in the long term?’ (A subtle way of saying – when you are done, what happens?)

We had considered this question before and so our response to him was simple: We want to grow the business to a boutique-sized national company and eventually have our long-serving and loyal team members buy equity from us and become our business partners.

We certainly weren’t ready for his response. He basically told us we were kidding ourselves. He went on to say people have these sentimental ideas but your team members will never be in a position (read: cashed up enough) to deliver on the dream.

Essentially, his advice was to get our head around the idea of growing the business and selling or potentially franchising our concept.

Without knowing it, the convenor had really reinforced our commitment to our long-term succession plan, even though it defied his conventional thinking.

One funny conversation that took place post-workshop was when we were asked by our team to define ‘boutique’. Kraig said, ‘boutique means I need to know all your partners’ names when we are at the Christmas party’. Last year we had 36 at the Christmas party and he remembered all the partners’ names so the definition still holds up. Providing his memory is sound we still have room for some growth.

Fast forward to 2018. There are now four of our team who have taken up the offer to become equity partners at Leading Teams. 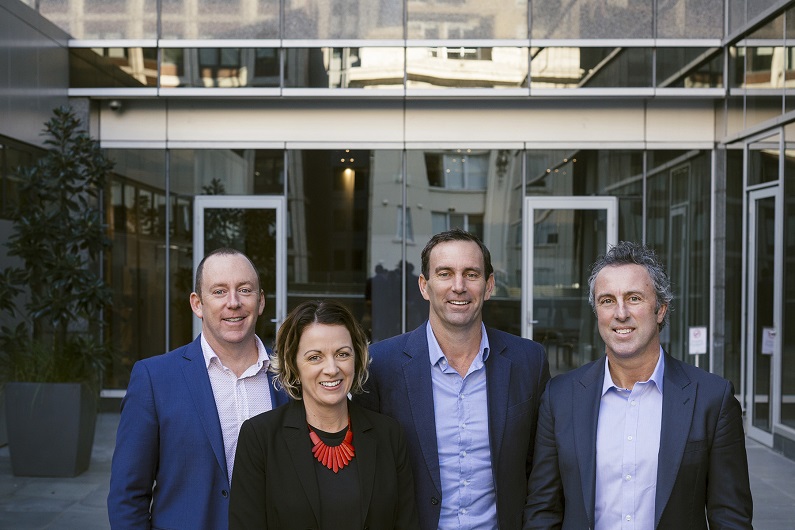 The real sense of fulfillment and pride for me has come through the depth of the relationships we share now as business partners.

Justin Peckett (an ex-St Kilda player) is one of the new equity partners and as I reflect back, our relationship began when I stated work at St Kilda FC in 1994. Justin was a young player who possessed some talent but may not have had the level of self-discipline required to make the most of his career and was somewhat rudderless in terms of a potential career outside AFL.

In 1995 we began a schools-based program working with students at risk and Justin put his hand up to be a facilitator.

As he began to run sessions with the students you could see he had a flair for this work. I also observed that the more he worked with students at risk, the more he tended to reflect on his own life and put in place more productive strategies for his success. ‘Walking the talk’ so to speak.

If someone had said to me in 1994 that in 24 years Justin Peckett would end up a business partner of mine I might have been somewhat sceptical. Just as much as Justin may have been with me. However, to see him develop over the years as a facilitator, businessman, husband, father, coach, and friend has genuinely been the rewarding part of our journey for me.

Have you thought about the future of your business?

If you are in a position where you may be considering the notion of growth and succession in your business here are some pointers that I would share from my 25-year journey.

Tibetan Buddhists reckon that if the student does not become better than the teacher then the teacher has failed. With the team at Leading Teams I think I’m going okay.