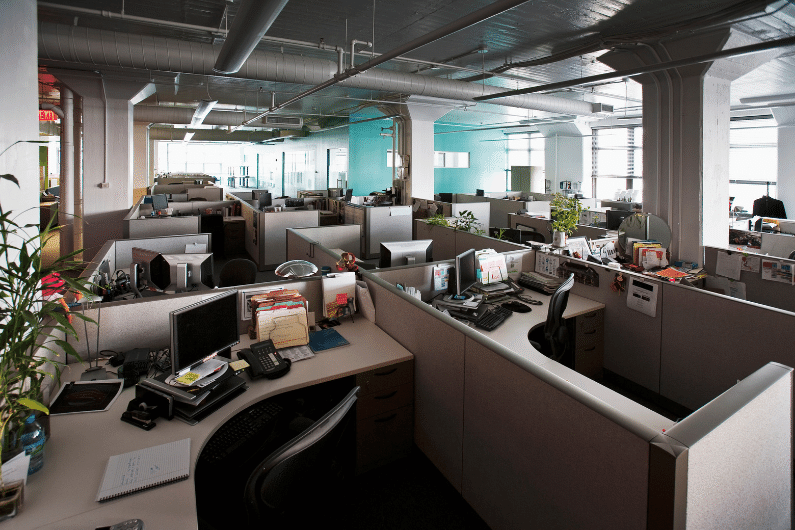 Nearly half of Australian employees don’t know their company’s mission statement and set of values, the findings from a new survey released today has revealed.

The research, commissioned by Leading Teams, surveyed over 500 Australian workers examining their attitudes towards their business’ mission statement and values, its impact on workplace behaviour and the key factors that contribute to a positive work environment. 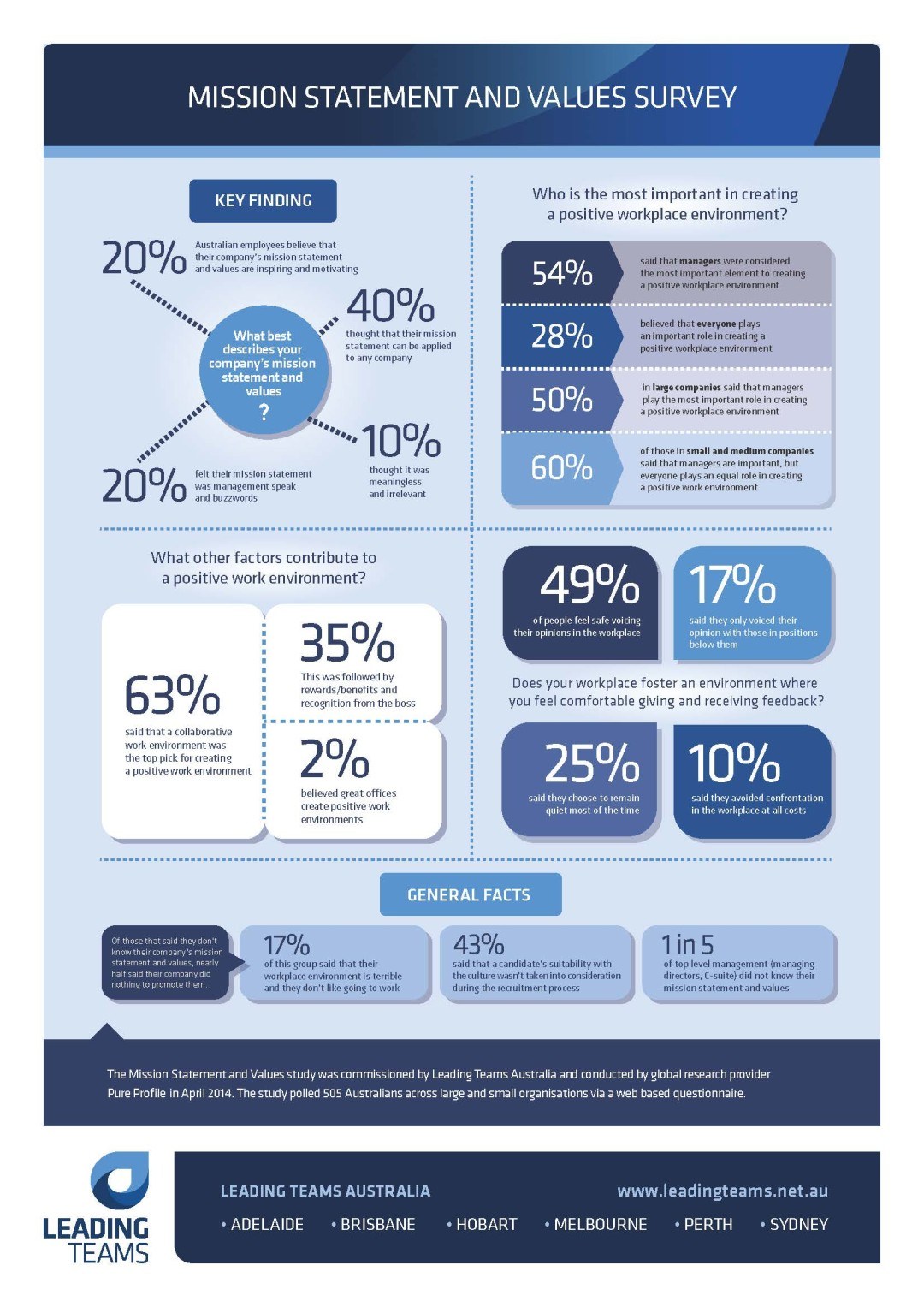 The study also found that belief in the mission statement and values falls at lower levels of management. Managers in senior leadership roles were most likely to find their company’s mission statement to be inspiring while those that did not hold any positions in management believed their mission statements were too general and not specific to their organisation.

The level of engagement between employees and the company’s mission statement and values can be an indication of the broader connection they have with their current workplace, according to Ray McLean, Founding Director, Leading Teams Australia.

“Many organisations create a mission statement without much thought given to how the values in the statement relate to the organisation’s everyday performance. Without clarity around their purpose, employees can struggle to buy into their organisation’s culture,” said McLean.

According to the study, of those that said they don’t know their company’s mission statement and values, nearly half (47 per cent) said their company did nothing to promote them. Not surprisingly, 17 per cent also said their workplace environment is terrible and they don’t like going to work.

Kraig Grime, Director, Leading Teams Australia also added, “It is encouraging that employees recognise that creating a positive work environment requires team collaboration and commitment from all to be achieved. Creating strong relationships within teams is the key to building a positive work environment. When teams share values and work towards the achievement of common goals, the company’s values and mission statement comes to life and individual performance ties in with the organisation’s performance as a whole.”

Providing open and honest feedback on performance to peers is a crucial element of creating high performance teams. The study suggests that around half of Australian workers (49 per cent) feel safe voicing their opinions in the workplace, while an additional 17 per cent said they only voiced their opinions when dealing with others in positions below them. One in four people said they choose to remain quiet most of the time and one in ten said they avoided confrontation in the workplace at all costs.

“It’s encouraging to note that most Australian organisations are fostering an environment where employees feel they can voice their opinions and provide critical feedback on each other’s performance. The ability and willingness to have these genuine conversations about individual and team performance separates the good teams from the great,” Grime said.

Other interesting findings from the study include:

One in four disagree that their company’s mission statement and values accurately define their organisation.
Close to half (43 per cent) said that a candidate’s suitability with the culture wasn’t taken into consideration during the recruitment process.

One in five of those in top management positions (managing director, C-suite) did not know their mission statement and values.