Leading Teams is excited to be running high performance programs with both of last year’s AFLW finalists during the 2018 season.

Starting the season with some healthy internal competition, our two clients played each other on Saturday night in a rematch of last year’s Grand Final at Norwood Oval in Adelaide. 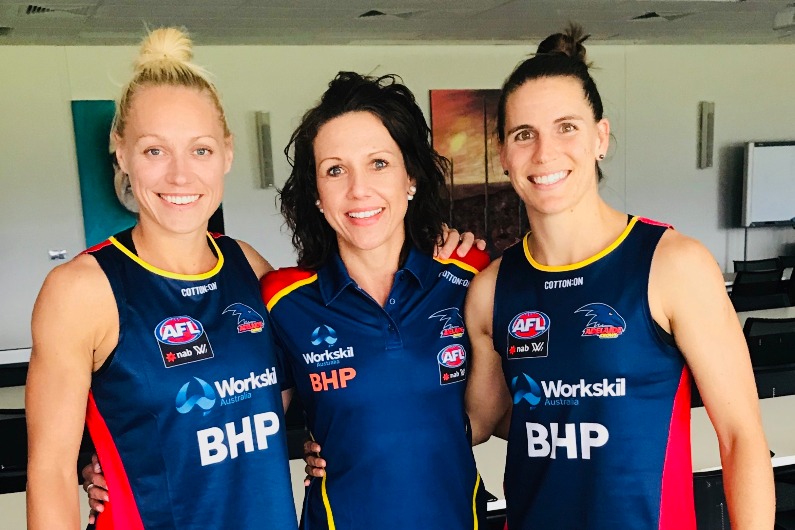 A big driver of our Performance Improvement Program is the empowerment of team members to share leadership responsibilities and select a player leadership group to assist in pushing standards, training and performance. Both facilitators have been closely involved in the process to elect new leadership groups for the coming season.

Facilitator Simon Fletcher said, “I’m absolutely stoked to be taking on the Lions women as well as the men’s team. I think it really shows their commitment to high performance. They recognise the competition will continue to improve so they must be aiming to be a step ahead. Even after a great year last year and only just missing out on a premiership there is always another level of performance to go to and the team are really driven to take that next step.”

Craig Starcevich, head coach of the Brisbane Lions commented, “Simon has helped us fast track a set of elite behaviours as we enter our second year in professional competition. While at times confronting, it has now become easier for players to challenge each other toward the common goal of team improvement. This has been a necessary step as we aspire to be a consistently high performing team.”

Facilitator Kelly Vennus added, “It is such a privilege to be working with the reigning AFLW premiers this year. They’re a fantastic example of wanting and needing to improve even when you’re at the top of your game. The players, leaders and coaches have embraced our program and made me feel instantly like a part of their club. The passion and excitement amongst the team is already building for round one!”

Leading Teams has a longstanding history in the men’s game, with nine of the last 13 AFL premiers being Leading Teams clients, but this is our first season working in the women’s game.

We are especially proud to be taking on two teams who have shown so much dedication to their sport in its inaugural season, reaching the first-ever AFL Women’s Grand Final and fighting a close battle with just a six-point difference at the end of the game.