Leading Teams facilitator, Simon Fletcher has returned from an induction camp with our newest AFL client, the Gold Coast Suns. Simon, who is based in Brisbane and recently rejoined Leading Teams, ran sessions during the camp for first and second year players and was impressed with the leadership capacity shown by the players. 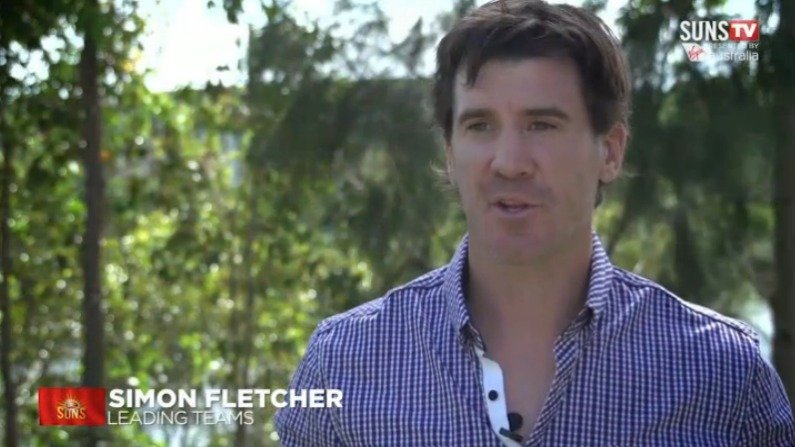 Leading Teams sessions facilitated on the camp highlighted the importance of building strong professional relationships in order to be able to have genuine conversations. A positive of the camp was the ability for the group to have a respectiful conversation around differing points of view in terms of decisions made by the two groups. Building trust among the group was another positive outcome which is essential for building relationships.

“We’ve got some behaviours and standards that we want the team to adhere to and their team trademark and this is an opportunity to put some of those things into practice without having the senior group here,” Simon said.

“Without having those senior, more experienced guys here it gives them (second year players) an opportunity to take some control.

“The other really important part is relationship building. Obviously we’ve got a new group of guys joining the club and this is an opportunity for them to form some really good relationships with those second year players who have only been through the exact same thing 12 months ago.”

The first and second year players presented back to the full playing group on their return from camp and are commited to be influential in terms of leadership for the coming season.

The Importance of Authenticity in the Workplace
Emerging Leaders Journey