Leading Teams has started working with the ANZ Championship side, the Adelaide Thunderbirds. Facilitator for the program, Adelaide-based Daniel Healy, attended the Thunderbirds’ pre-season camp in Victor Harbour and delivered some sessions as part of the ongoing Performance Improvement Program. 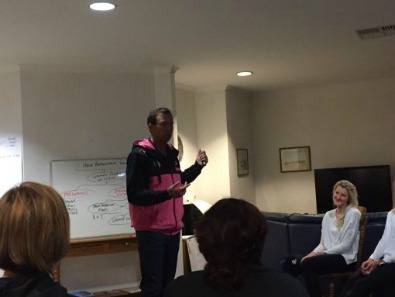 “The camp was a fantastic start to the season and our involvement with the Thunderbirds. It was important that the girls were able to be very open and honest about what went wrong in 2015 and then put that behind them and begin to explore what 2016 and beyond will look like for them,” said Daniel.

Thunderbirds Head Coach, Michelle den Dekker said, “This camp gave us an opportunity to develop our own trademark that reflects how the players want to be seen. There were plenty of discussions about what sort of behaviours and responsibilities come with representing the state in our leading female sporting code.”

Daniel concluded, “They have left the camp with a very clear picture of what they will be expecting of each other from now on and have a very positive and strong resolve to ensure a much improved season.”

Leading Teams looks forward to facilitating our Performance Improvement Program with the Thunderbirds throughout the 2016 season.