Kurt Wrigley spent the best part of three decades in elite rugby league, first as a player who lacked self-belief, more recently as a coach with a talent for bettering those around him. His experiences on both sides of the fence informed his understanding of leadership, the establishment of culture, the impact these fundamentals can have in the here and now – and for evermore. 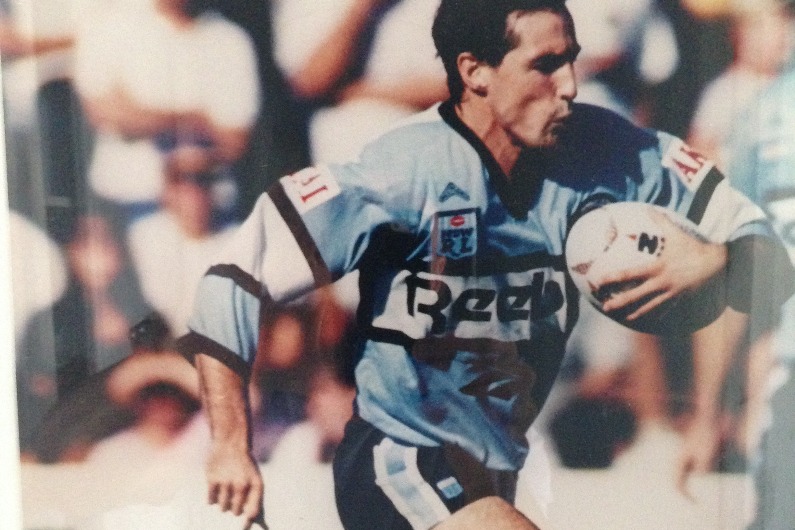 At his first pre-season training session as a late starter in the NRL, already in his 20s, Wrigley did all he could to impress. He was sweating and spent when the club captain approached him, said he’d trained well, told him to make sure he was at a particular nightclub that Thursday night. He complied, and by night’s end was watching the club’s figurehead staggering around barely able to stand. “He was pole-axed, last to leave. So you think, ‘Okay, that’s how he’s leading the club.’”

Examples are contagious. Reflecting on the time he spent with Cronulla, he remembers a club without an identity. A coach would be sacked, a local hired, then a big-name, then someone different again. “They had no sense of what they were, or what they wanted to be.”

He moved to St George and a light came on. Under former school teacher Brian Smith, all at the Dragons knew the standard expected, the way to behave, the credo to live by. “Smithy taught me more in 12 months than I’d learned in 25 years.”

At a Sydney-based NRL club years later as part of the coaching staff, he witnessed group leadership as powerful as anything Dumas’s Three Musketeers mustered. Again, there was a very good player who was also a very bad egg. In one of his first ventures into rugby league, Ray McLean brought his Leading Teams program to the club, encouraging group feedback and honesty.

The malcontent scoffed that anyone who said anything negative about him would be belted, but he was clearly rattled by the sense that the many were setting a tone that hurt his ears. He arrived at a recovery session the morning after a game blind drunk, a veritable cry for help. “He sabotaged himself,” Wrigley says.

McLean asked the club’s leadership group – at the time a new concept in rugby league – what they were going to do about him.

“They said he’d been fined, and Ray said, ‘Yes, but the club did that. What are you going to do?’

“They said, ‘They’ve dropped him back to reserve grade.’ And Ray said, ‘The coach did that. What are you going to do?’”

At length the players grasped that they had the power to enforce a standard, a culture, a way of being that their teammate could either abide by, or move on. Soon after, he was gone.

“Clubs with poor culture, the ratbags can stay there because they swim with the fish,” Wrigley says. “But when you really identify what you want your culture to be, and start driving it through self-managed team stuff, you isolate those blokes so fast. And they’ve got a decision to make – jump on board and change, or this isn’t for me.”

Over time Wrigley’s exposure to Leading Teams and its simple foundations for improving a group through empowering the group to improve itself has broadened. The “negative” feedback the abrasive Cronulla player feared becomes less daunting with a simple change of language. “It’s not negative – it’s genuine feedback. As soon as you say, ‘tough conversation’, people won’t want to have it. If you say you genuinely want to help, that’s different.”

He hasn’t had to go searching for evidence that it works. Away for a few days with work recently, he asked his early-teens son to clean the pool while he was gone. He didn’t, and when Wrigley asked why, he said he forgot. He admits his normal reaction would have been a rant about typically not doing what he’s asked. “Just loading negative talk on him.”

Instead, they talked it through. Why had he forgotten? “Because Mum forgot to remind me.” So it’s Mum’s fault? “No, it’s my fault.” How do we improve next time? A reminder in your phone, maybe?

“The next time I went away he had a plan, and I came home to a clean pool. It was a simple process, I didn’t berate him or put him down, I just gave him the tools.”

He’s come to a realisation that good leaders have a surety about them, a contentment with who they are. His and Emma’s daughter has never been overly influenced by her peers; even navigating the treacherous teenage years, she’s been confident in her own skin. “They’re not trying to be someone else, they’re just genuine. She’s that.” In 2018, Jemima Wrigley will be school captain. 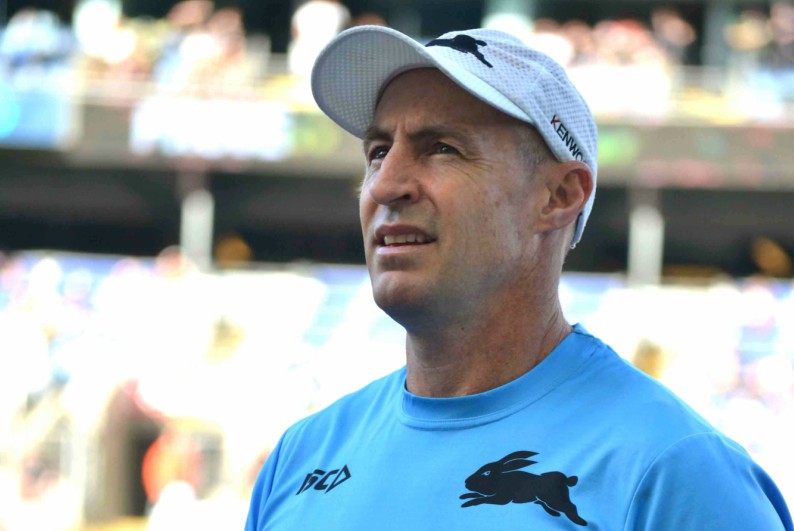 Wrigley is certain exposure to Leading Teams’ simple methods would have made him a better footballer. Raised in Toowoomba, he was a qualified teacher before rugby league took him from Brisbane to Cronulla and St George, to Newcastle for a short stint with Hunter Mariners, and Adelaide during the Super League period. He is self-effacing about his 41-game career, but when towards the end he started thinking like a coach and began to comprehend the role he could play in young men’s lives, it was a watershed.

Now he’s taken his lifetime of football learnings and become a Leading Teams facilitator. He looks forward to working with rugby league teams wearing a different coaching hat, but even more to immersing himself in corporate environments. Football clubs are businesses, he reasons, with a chairman, a CEO, marketing, administration. “They just happen to have 40 players and a coaching staff too.” 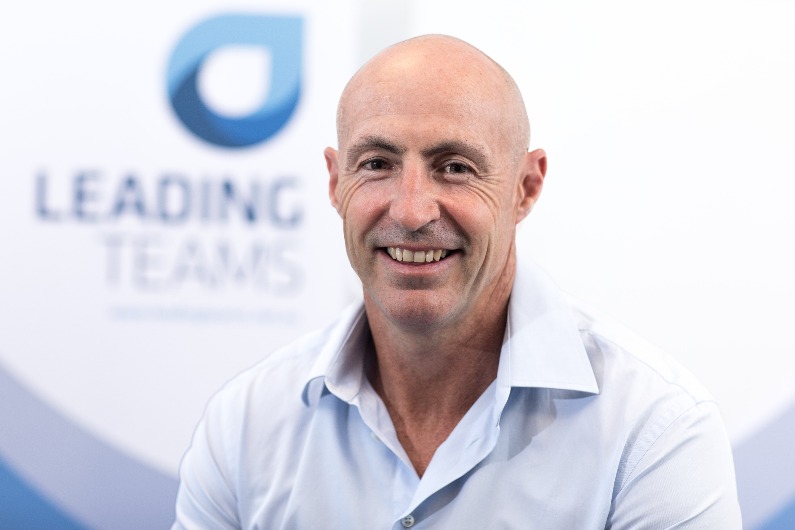 Self-talk, self-image, how you see yourself relative to how others see you – these simple models guide him in work and life. In any group environment, the tools he’s seen bring such strong results in sport cross over. “The Leading Teams model works because it’s not just coaching staff and management, it’s the playing group who put the pressure on to be better. Put people in good environments, good situations, teach them leadership. And in leadership you can’t be a d*ckhead, it doesn’t work, everyone will just laugh at you.”

Standing in front of white collar workers instead of athletes doesn’t daunt him; Wrigley’s working world has demanded weekly testing on the most public stage. “How many corporates do that? That’s got to help me.”

A career change at 48 could be daunting for some, but the reaction of people he respects has emboldened him. “They say, ‘You’ll be good at that.’” Besides, he reasons, it’s not like he needs to go the hard sell. “It’s simply, ‘This is what we do, it’ll help your business, I believe in it. It’ll make you better.’”

Peter Hanlon is a former sports journalist from The Age who now writes freelance on a range of sporting topics.