How do the changes in Women’s Sport affect team culture? 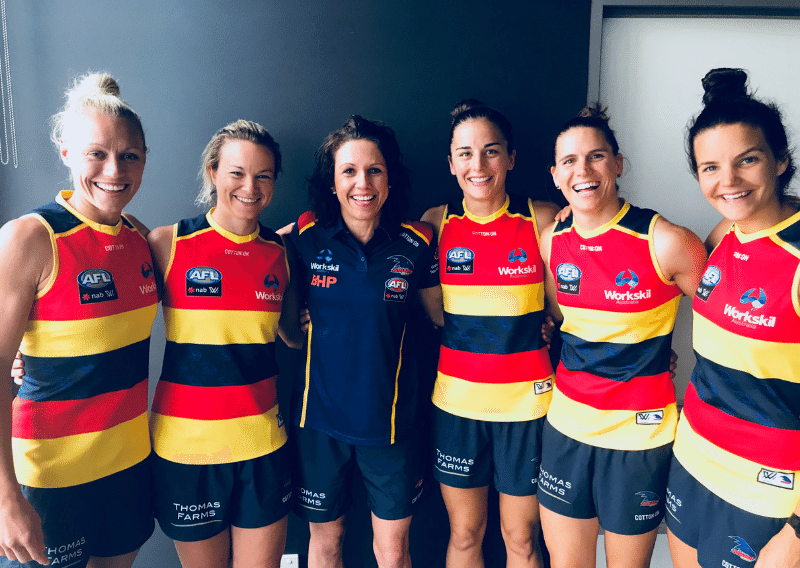 Having played in and worked with several women’s elite sporting teams, I have certainly noticed a shift in team culture. The shift in culture has been impacted by the increased attention across media, spectators and sponsors. Now don’t get me wrong, this is not all bad. With the increase in attention comes more sponsorships and therefore more money and opportunities. Over time this will enable women to invest more time into their sport, giving them the opportunity to work with experts in their field, access to better facilities, professional medical support and ultimately improve their performance.

The public, and therefore media, are all over Women’s sport. This year the free to air TV networks will show Women’s Cricket, Women’s AFL, Netball, Women’s NRL and Rugby 7’s. If you can’t find the sport you want on free to air then try Foxtel or the sports streaming channel. With broadcasting comes media duties. Our netballers, tennis players and swimmers are probably used to talking to the media but ask someone like Belinda Clarke how many interviews she’d do per year while she was playing and compare that to Ellyse Perry’s current commitments. It’s a different world.

The media attention creates fans, not only at games, but at training, fan days and in the streets. AFLW players are now playing in front of crowds as big as 53,000 people at the Adelaide Oval. Before 2017 these players were playing suburban grounds in front of family and friends. For the final of the Women’s T20 World Cup the organisers are aiming for a sell-out of the MCG. That’s 95,000 to Women’s cricket match. 2,300 watched the Women’s World Cup Final at North Sydney Oval in 2009.

And with attention and fans comes commercial partnerships. That’s a whole new level of player involvement.

Imagine how these changes impact the average day of a female professional athlete compared to 10 years ago. And now think about the cultural impact on the players and support staff.

Discussions that were ignored a few years ago are now public interest. That changes how you communicate as a team.

What if you are exhausted after play and ignore a fan wanting an autograph while your teammates sign for hours? Are you suddenly “the selfish one”? What if one of your players is more popular with commercial partners? How are they treated and how do you feel?

Men’s professional teams, and some Women’s teams, have had over 100 years to evolve and induct team members into their coping mechanisms.

Courtney Cramey (Crows AFLW Vice Captain and All Australian player) explains that the “increased hype has definitely increased the means of scrutiny but also [creates] a great avenue to share the positive stories”. I worked with the Crows team last year and we were able to build on what was already a strong connected team. We looked at opportunities for the team to have genuine conversations about what the expectations are to be a Crows’ player. What does that look like and what behaviours will we model, reward and challenge? “We now need to talk about how we want to be perceived in the public eye, therefore the need for a social media policy, team conversations and education around what behaviours are acceptable and in line with how we want to be “seen” as a team”. (Courtney)

The AFLW has had huge growth over 3 seasons with players coming from varied sporting backgrounds, different states, varying levels and experience “In terms of impact on team culture I believe it makes its importance heightened as previously there were less controls in place”. (Courtney) A great example of this was the public reaction to Tayla Harris’ football photo, some in awe and celebration and others of sexual inuendo and trolling. It certainly highlights the need for conversations and awareness given the popularity of female football players and sportswomen in general. They are now in the public eye and everything they do will be open for admiration and backlash.

Compared to AFLW, netball has had time to grow into an elite sport and evolve over time. However, there still lies challenges especially with the increasing use of social media. Bianca Chatfield (Ex Australian Vice Captain and Melbourne Vixen Captain) talks about how social media has impacted team culture in netball teams. “It can become blurred as to what to post, when to post, who you can tag, do you get permission, are there rules about what you can post, i.e. in the changerooms, etc.” It is however a very important marketing platform for the netballers as some are earning more from their endorsements compared to their playing salary. Bianca explains that “this can create competitiveness amongst teammates. Some getting invited to functions, others not, some getting more media opportunities because of their online profile and some getting enviable products and endorsements”.

Older, more experienced players often have a manager to look over their social media and advise appropriately, especially to create the best online profile. Younger and inexperienced players don’t have access to this, this is where issues may arise or mistakes made. It can impact how coaches and more senior players view that player, could even impact their selection into a team and future success in the sport.

Good team culture doesn’t just happen, it starts with the key centres of influence (leaders) modelling the behaviour they expect from their teammates. Players need to be inducted into and educated on those behaviours. Everyone in the team need to know what they are, understand why they’re there and that they’ll be challenged when the behaviours are not being lived. As an example, it’s an expected behaviour that the Diamonds don’t use their phones at meal times. If a new team member sees the leaders or key centres of influence using their phone at meal times and not engaging with their team mates, it’s obvious what the new team members will do.

When a team has an agreed set of behaviours, strong relationships and facilitate genuine conversations they are in a far greater position to have a strong positive culture, withstand controversy that may come their way and ultimately improve their performance.