Recent commentary about ‘honesty sessions’ from AFL players, coaches and the media has got me thinking.

As the 2015 home and away season draws to a close, I have reflected on what I believe separates the top teams and ultimate premiers from the mediocre teams; and the role ‘honesty sessions’ play in sustainable success.

Some of the best performing teams in the AFL over the last 10 years (in terms of finals appearances and premierships) are Geelong, Sydney, and Hawthorn, all with whom we have implemented long-term Performance Improvement Programs in this period. These high performing teams all have a few things in common. 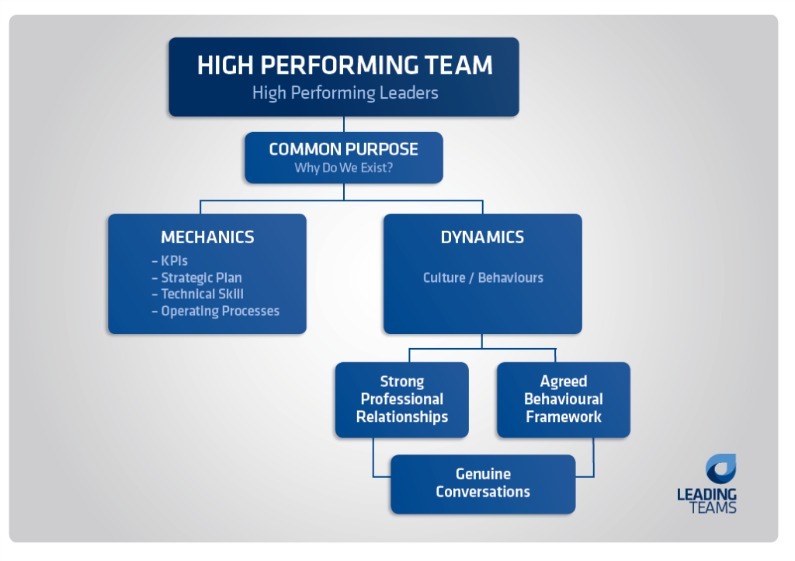 High performing teams have absolute clarity of purpose. They have a deep commitment to a behavioural framework and set of values. They place a premium on strong professional relationships and they create an environment where genuine conversations are the norm, not isolated ‘honesty sessions’. Consistently reviewing performance is integral to a team or organisation’s sustained success.

High performing leaders should understand and value the link between mechanics (KPIs, game/strategic plan, processes, etc.) and dynamics (culture, behaviours). We have heard public commentary about how an organisation’s ‘toxic’ culture can impact performance. Performance can be limited if a team has a ‘great’ culture yet the strategy/game plan is unclear or non-existent. The dynamics can be affected if you don’t have the right people in the right roles or there is a lack of process.

As a former AFL player in a poorly performing team, I was at times subjected to an ‘honesty session’. It was often in response to a string of bad losses when there was a realisation that the season was about to slip away, or following poor individual or team off-field behaviour, or even due to increased negative media attention on the club.

My experience with ‘honesty sessions’ was that they paid lip service to addressing the core issues facing the team. It was all short-term thinking and sometimes very superficial or very combative without adequate follow-up or support. These sessions were more often than not too little too late. I would put ‘honesty sessions’ in the same bracket as mediocre teams using movie nights or paintball to address performance. In isolation, these are poor strategies and very short-term fixes.

‘Honesty sessions’ are the language of mediocre teams. The best performing teams won’t refer to having an ‘honesty session’. In fact, I think they would find it amusing as they would not be singling out a small amount of time in their week or even year to be honest. They do it every single week all the time. High performing AFL teams review weekly with openness, honesty, rigour and with a high level of support, sound strategies and follow-up from fellow players and coaches. Because team members, particularly the leaders, are so heavily invested in the dynamics of their team, they feel compelled to act or say something to their peers if their behaviour or choices impact the team’s performance in a productive or counter-productive way. These conversations are happening regularly and not just in scheduled reviews, team meetings or in a one off ‘honesty session’.

High performing corporate teams and organisations do the same. They dedicate time and space regularly to review in a meaningful way. Again, this includes rigour around not only the operational aspects of performance (mechanics) but also feedback about behaviour, conversations to build strong professional relationships and supporting strategies for workplace issues and challenges.

So what do long term successful AFL and corporate teams have in common? Apart from highly skilled and competent individuals and a sound strategy or game plan, they also have an environment that includes the following: