Developing a culture that helps the least abled to thrive 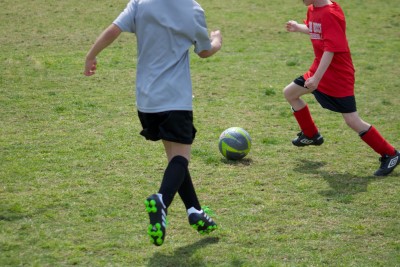 Some months ago, a friend asked me what questions he should ask as he and his partner contemplated which secondary school they would send their eldest son to. Having met with literally thousands of parents over 26 years of principalships I came to realise that perhaps the best question any prospective parent can ask a school principal / leader is, “How do you nurture the least abled students in your care?” In fact, I encouraged parents to ask that exact question of the kids in my schools, or the staff they chatted with as they toured the school, when contemplating enrolment.

When I used the words ‘least abled’ I wasn’t talking exclusively about physical, mental, social, or emotional disability. I also wanted the parents looking around our school to consider the student who felt ‘least abled’ to deal with a maths problem. I was talking about the child who felt that the joyous act of reading was beyond them. I was reflecting on the child who felt that she or he didn’t have friends and wasn’t sure how that huge void could be filled. I was talking about the child who desperately wanted to look like ‘that kid’ but didn’t.

It’s worth noting that the kids who conducted our enrolment tours were the stars of the show, with every year six student involved, not just a select handful! They always did themselves, their families and school proud, and countless mums and dads would tell me after the tour that they didn‘t have any questions simply because the kids had answered their every query so eloquently and effectively.

As a nation we have excitedly embraced the chance to observe our wonderful Australian athletes take to the pool, track, court or field along with other brilliant athletes of the world. I love seeing people who have worked so incredibly hard achieve their goals and there can be no doubting that these athletes, including more indigenous athletes to represent Australia at the Olympics and Paralympics than ever before, do themselves and their country proud.

The Olympic motto is derived of three Latin words: Citius – Altius – Fortius. These words mean Faster – Higher – Stronger. Coupled with the values of the Olympic movement excellence, friendship and respect they represent all that is good and noble about sport. We have seen, and continue to see, countless examples of these values being lived out over the course of the Olympics and Paralympics. Perhaps too, we will see and hear of examples when they are not, and yet we know that the overwhelming majority of athletes will live these values magnificently.

Two of the schools I am blessed to work with as a facilitator at Leading Teams do amazing work with some of the most marginalised students in our society. The staff teams in these schools, and their respective leadership teams care so much for the kids in their care, their broader communities and one another. I salute them and am grateful for being offered the chance to help them improve, something that I am proud to be able to do.

To my point. Can we consider for a moment the kids of today, in the schools I’ve noted above, or any in the many lower socio- economic suburbs and towns dotted around Australia? Kids who represent a treasure trove of potential and yet have the least. How many of these wonderful young people, all with incredible potential, encounter the values of

excellence, friendship and respect in their daily lives? How many of these talented young people have a hope of “being faster, going higher or living strongly?”

There are incredible stories of athletes who have overcome seemingly overwhelming adversity to rise to the top of their fields and these people are true inspirations. However, in my mind, further questions need to be asked. How many of the young athletes, in whatever sport we choose to reflect on, whether Olympic or more homogenous and localised, come out of the nations lowest socio-economic areas? What proportion of our incredible elite athletes have been ‘formed’ as athletes in the poorest schools in our nation? How many rowing sheds are there in schools and the communities of the western suburbs of Melbourne or Sydney or remote Australia? How many equestrian centres are accessed by young people in the poorer socio-economic suburbs of Brisbane or Adelaide or Hobart or Darwin? How many of the Olympic and Paralympics sports in Tokyo will have Australian competitors who have risen from poverty to represent their country?

I enthusiastically acknowledge the reality that many parents have driven extraordinary kilometres, woken at crazy wee hours, and almost given the shirts off their backs to support their kids sporting dreams. They, and their children, inspire and lead our nation to a brighter place.

Despite my stated and overwhelming admiration for those remarkable people who have risen above adverse circumstances, my questions for reflection are, “To what extent do we run a risk of making elite sport the domain of those who can afford it? Do we provide with a pathway to success that countless less privileged young people will never likely walk?”

There is an untapped reservoir of talent in the sports, the arts and academia that is presently not, and potentially unlikely be tapped into. Not because the children and young people of poorer or more remote environs lack ability, but simply, through no fault of their own, they are never likely to have an opportunity to shine. They are often the ‘least abled’ and yet are highly deserving, like every kid in our wonderful nation.

I will continue to marvel at the commitment, courage and endurance of our Paralympians and Olympians, our netballers, footballers, cricketers and local lawn bowls players! Long may they live the values “Citius – Altius – Fortius. Faster – Higher – Stronger” and long may we as nation continue to have those who are ‘least abled’ front and centre in our considerations. 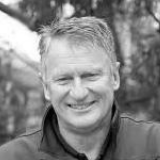 Before joining Leading Teams I taught and led in eight schools across Victoria during a 40-year career in the Catholic education sector.