Building Relationships is Pivotal to Success

In a recent article our co-founder, Ray McLean, shared that the thing he is most proud of in his time at Leading Teams is the relationships he has built.

This got me thinking about the mechanics of how we build, maintain, and prioritise our current relationships and why doing this links to performance improvement.

During the initial stages of our Performance Improvement Program we ask individuals to review and reflect on their relationships and the levels of mutual trust and respect they have in their team.

Consistently behaving in a way that sends the right signals plays a big role in our interpersonal and professional relationships. In workplace scenarios, the right body language and non-verbal communication can make or break your initial conversations. In more established relationships, paying attention to specific behaviours can help you tell what your colleague is feeling, build rapport, and establish an emotional connection.

Show interest in others

A team without trust isn’t really a team. It is just a group of loosely connected individuals working in the same space, often making disappointing progress. It doesn’t matter how talented you are or how willing you are to improve, if you can’t build relationships efficiently you may never reach your full potential.

In my opinion, one of the best books ever written on how to build relationships and trust is ‘How to Win Friends and Influence People’ by Dale Carnegie. It was written in 1936 and has reportedly sold over 15 million copies worldwide. There are many pearls of wisdom in this classic book; however, the one I love most is so simple, yet actually doing it takes some real work.

One of the ways we encourage teams to break down barriers and build their capacity to have genuine conversations is to ask team members to bring along to a session three items that represent them as a person.

This means them bringing something that has a story that when shared, will provide a deeper understanding into what makes them tick and let their colleagues get to know them on a more impactful level.

I have used this technique with very successful outcomes with many groups, and without fail it brings something amazing into the light that a team didn’t know previously.

I recently did this exercise with one group and we spoke about the importance of leaders modelling the behaviour they want and rewarding that behaviour when they see it. Because of this it is pivotal that the leader goes first, as by doing so they set the standard and expectations of sharing. 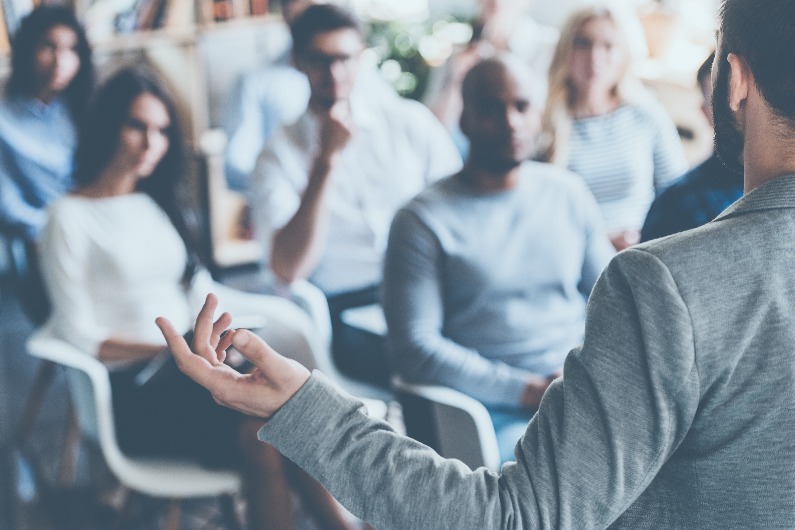 Of the three items he shared, one hit home the hardest for the group.

The leader held up a football. He started by saying, “There are two footies; the one I have here today…[pause]…and the other footy which is buried six feet under.”

He spoke passionately about a close mate who he had played footy with years ago who had passed away. He shared why he was such a close mate, a driven individual who would do anything for his mates. “He taught me a lot and we have built a large part of our culture here on the back of what he taught me about mateship, trust and loyalty.”

The direct link of building deeper trust and stronger relationships is a capacity to drive performance by working through challenges when they arise.

The significance of this story, coupled with this leader’s willingness to share, was a profound step forward for the team. Knowing that it would make him vulnerable and doing it anyway to set an example for the rest of the team established a tremendous platform for other parts of our program.

The direct link of building deeper trust and stronger relationships is a capacity to work through challenges when they arise to drive performance.

The power of sharing

To share on a such a deep level the individual must be prepared to show courage, vulnerability and authenticity. And the whole team must take responsibility for creating a supportive environment in which they can do so. In return, the outcome is stronger working relationships with a real sense of trust among the whole team.

What are you doing in your team to build your relationships?

For a chat about how these exercises could help you build stronger relationships in your team, give us a call today on 03 9654 3744.

How to Achieve Change Through Influence
Bob Murphy: Leather Soul